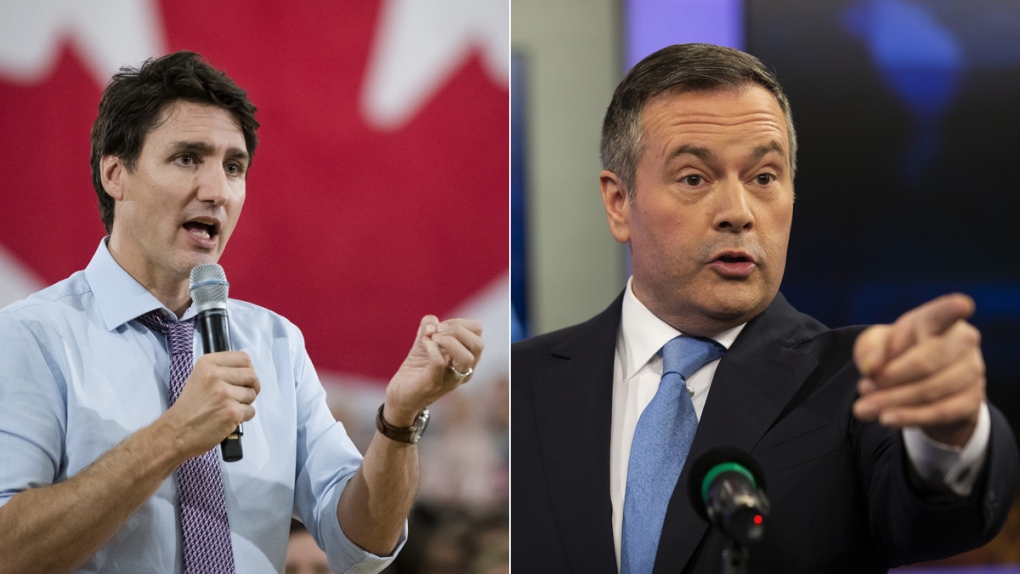 Justin Trudeau, left, and Jason Kenney are seen in this composite image. (The Canadian Press)

Canadians are almost twice as likely to say they’re angry or pessimistic towards the federal government, as opposed to feeling satisfied or optimistic, according to Nanos Research analyst Nik Nanos.

A new Nanos survey asking Canadians about their feelings toward the federal government found that while anger has abated in the past 60 days, negativity still prevails over positivity.

Pessimism was the top feeling nationally, at 30 per cent, while anger was the second-most popular feeling among Canadians, at 23 per cent.

“It speaks to an ugly mood out there when it comes to people thinking about the government,” Nanos told Trend Line co-host Michael Stittle, in a podcast episode released Thursday.


Only 14 per cent of Canadians felt optimistic, while another 15 per cent said they were satisfied. 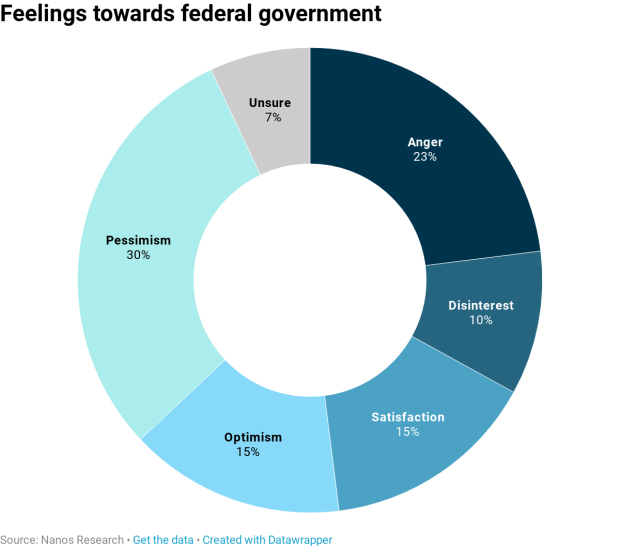 “It speaks to the fact that there's a significant proportion of Canadians in Western Canada that were probably thinking, 'You know what? They just don't get it. They don't get it in Ottawa.' And there's just a high level of anger and frustration,” Nanos said on Trend Line.

Alberta Premier Jason Kenney recently spoke of the “frustration and alienation” felt by Albertans, whose province he says contributes billions of dollars to Canada’s economy but is blocked by some jurisdictions from developing its resources.

"Too often we seem to have partners in the federation, including in Ottawa, intent on pinning us down and blocking us in and impairing our ability to develop the resources that help to pay the bills," Kenney said July 11 at a premiers meeting in Saskatoon.

“It rings true for a lot of Albertans,” said Nanos. “About four out of every 10 Albertans use anger to describe the federal government. So it's not surprising that the premier mentions this.”

His sentiments were echoed by Saskatchewan Premier Scott Moe, who called Ottawa’s carbon tax and energy policies a threat to national unity.

Nanos said Canadians see the anger expressed by these provincial leaders and are affected by it.

“It's a judgement on whoever happens to be the prime minister of the day, so for Justin Trudeau, if (he) and all the premiers got along and …  accomplished things, people would say, ‘tip of the hat to you, prime minister and premiers, for making the federation work,’” said Nanos.

“But when the premiers start pointing fingers at the federal government and start questioning the value of the federation, it just doesn't create warm, fuzzy feelings for average voters.”

Unease over the economy

Nanos added while recent economic numbers seem to be firming up, with consumer confidence reportedly on the rise, that feeling isn’t shared by many Canadians.

“They hear these macro-economic numbers like, ‘Hey, there's been a 40-year low in the unemployment rate,’ but then Canadians are still struggling to pay their bills and they're worried about the future, they're wondering whether their kids are going to have jobs. It's like joyless prosperity. Politicians keep talking about all these things, but it doesn't feel as great as you tell me it should feel.”