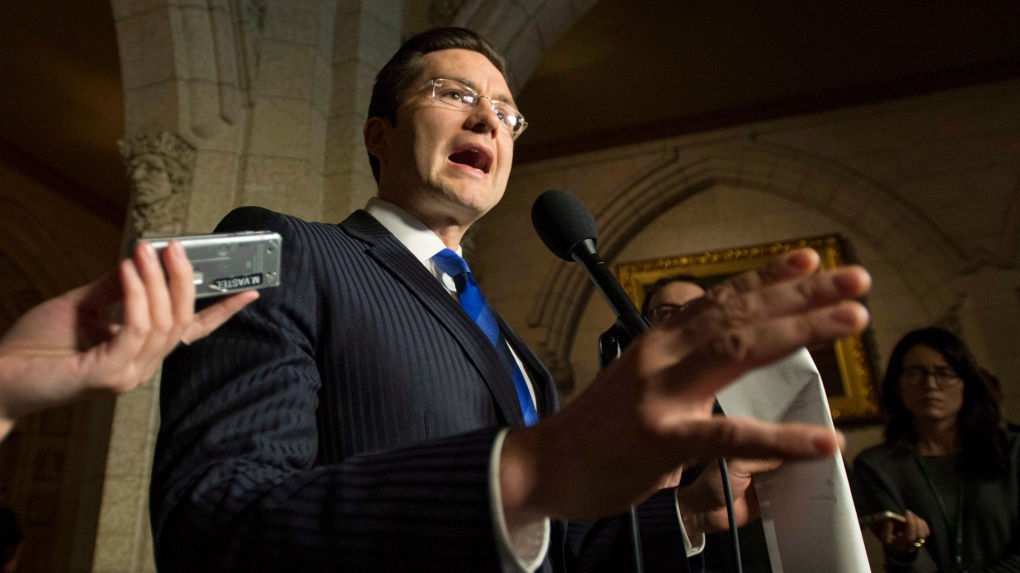 Conservative MP Pierre Poilievre speaks to reporters about Minister of Finance Bill Morneau in the in the Foyer of the House of Commons on Parliament Hill in Ottawa on Tuesday, Nov. 28, 2017. (Justin Tan / THE CANADIAN PRESS)

It's been a long night of marathon voting on Parliament Hill, with the opposition Conservatives lining up more than 200 votes on the Liberal government's main spending plan.

The Tories are pushing the Liberals to release a cost analysis of their carbon tax plan.

The voting marathon is also further delaying passage of the government's bill to make pot legal in Canada.

The government's response to Senate amendments to Bill C-45 was to be debated last night, but that vote will now likely be pushed back until next week.