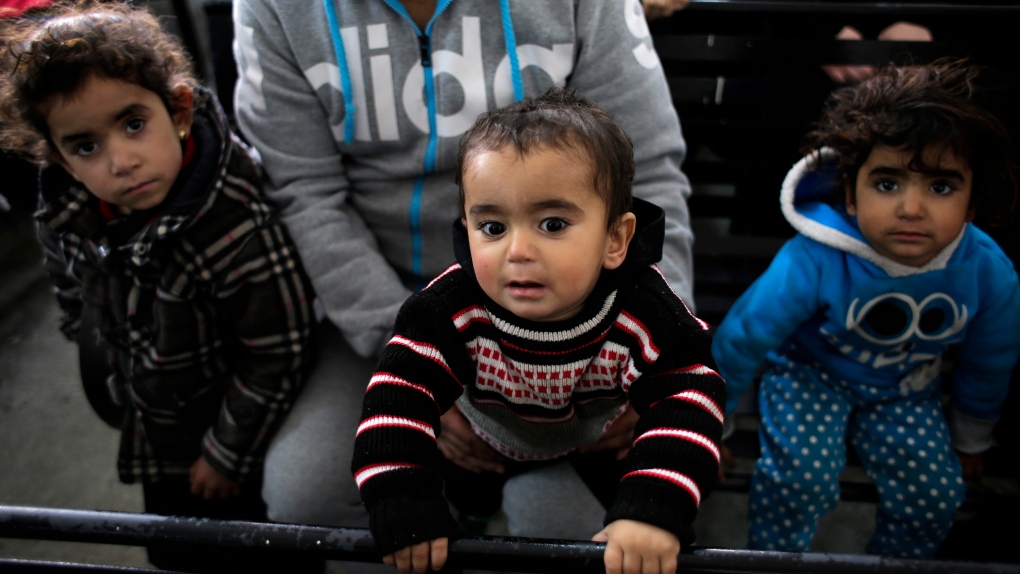 EDMONTON -- Alberta is willing to accept more refugees if the federal government decides to lift a cap on how many can come to Canada, says Premier Rachel Notley.

She said the premiers had a conference call with Prime Minister Justin Trudeau last weekend about the United States and the issue of refugees came up.

Notley said she believes Ottawa is considering such a move.

"Certainly we indicated to them at the time that we would be very happy to work with them to increase that number if that is the direction they choose to go," Notley said Wednesday.

"We also had conversations about ensuring that there are adequate levels of support from the federal government to the provinces who receive these refugees."

The federal New Democrats have been pushing the Liberals to do more to fill the gaps left by U.S. President Donald Trump's temporary immigration order on people from seven Muslim-majority countries and his indefinite ban on Syrian refugees.

Federal Immigration Minister Ahmed Hussen said Tuesday the government plans to stick to its current plans and ensure that it develops policy after careful consideration of all the implications.

Calgary Mayor Naheed Nenshi said Canada can do more to help people in desperate need who are fleeing violence and terror.

"If the trend in the world right now is to close minds and close borders, then let us buck that trend," Nenshi said in an email.

"Canada can help, and we need to consider short-term and long-term solutions. In the short term, the federal government needs to lift restrictions on how many refugees we can take right now. One thousand is a very small number."

The Alberta government said the province welcomed 7,004 refugees between November 2015 and December 2016.

Of those, 4,921 were from Syria, including about 3,000 government-assisted refugees.

The Syrians settled mainly in Calgary and Edmonton, with a few hundred in Lethbridge, Red Deer, Medicine Hat and rural areas.