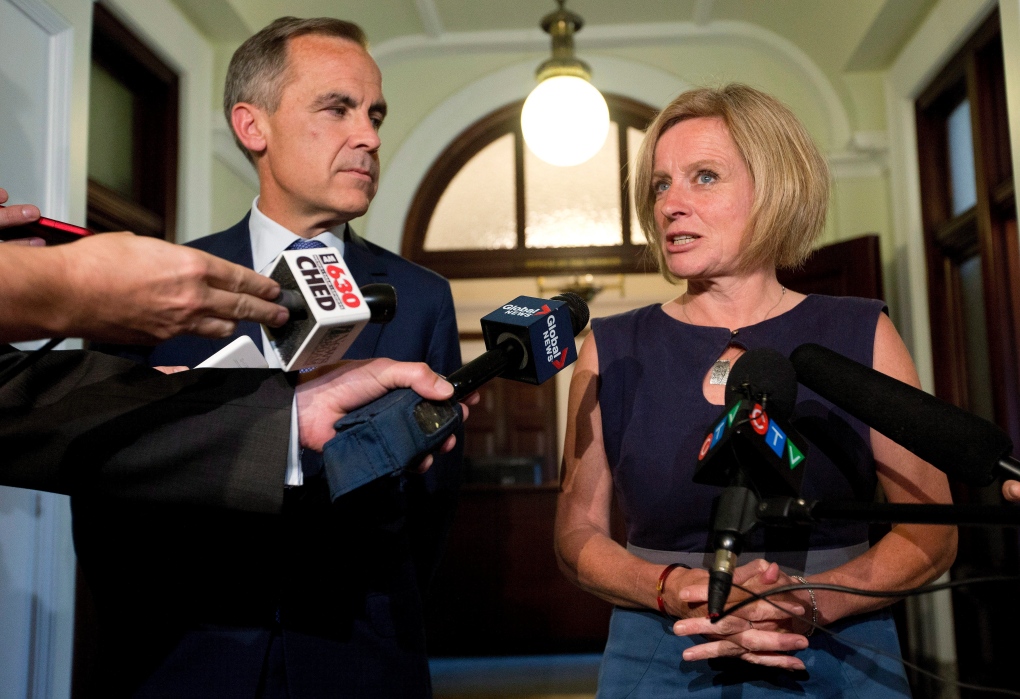 Alberta Premier Rachel Notley and Governor of the Bank of England Mark Carney speak to media after their meeting in Edmonton on Monday, June 6, 2016. (Jason Franson / THE CANADIAN PRESS)

EDMONTON -- The former governor of the Bank of Canada says Alberta is on the right track by tying its energy policy to its environmental plan.

Mark Carney says the two need to go hand in hand as the global economy adapts to carbon reduction measures.

Carney is currently the governor of the Bank of England and the chairman of the Financial Stability Board, which is an international body tasked with monitoring and making recommendations on global economic policy.

He spoke to reporters in the legislature after meeting with Premier Rachel Notley, and is in Edmonton to accept an honourary degree from the University of Alberta.

Notley expects to pass this week the first components of a climate change strategy.

Alberta is implementing a broad-based carbon tax and will also cap oilsands emissions and phase out coal-fired electricity.