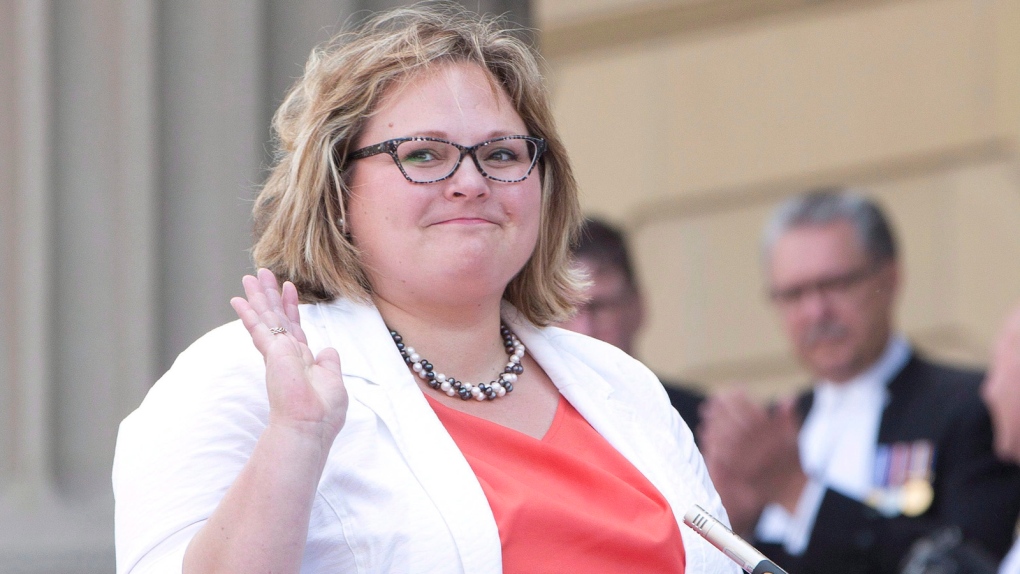 Sarah Hoffman is sworn in as the Alberta Minister of Health and Seniors, in Edmonton, on Sunday, May 24, 2015. (THE CANADIAN PRESS/Jason Franson)

"Comments on policy are always acceptable. Negative personal comments I'm not in favour of," said McIver, minutes after he and his eight-member caucus were sworn in at the legislature.

"I will have a discussion with the author of the comments.

"If a member of our party has fallen short, we will be having a discussion about correcting that in the future."

Lien is a vice-president in charge of southern Alberta for the PC party.

On the weekend, Lien criticized Hoffman's decision to extend a ban on flavoured tobacco to menthol products. In a Facebook posting he parenthetically referred to Hoffman as "morbidly obese."

Lien could not be reached for comment Monday. But as outrage over his remarks flourished on social media, he posted an apology on his Twitter account.

"I recognize I made a dumb comment. I apologize to Sarah Hoffman and all who read it for my insensitive remark. Once again, I'm sorry," read the Tweet.

This is the second time that social media postings have incited concern and criticism since Premier Rachel Notley and the NDP won the May 5 election.

Last month, NDP member Deborah Drever was booted from caucus over a comment she posted months earlier on social media and which the party called homophobic.

Drever has apologized and sits as an Independent.