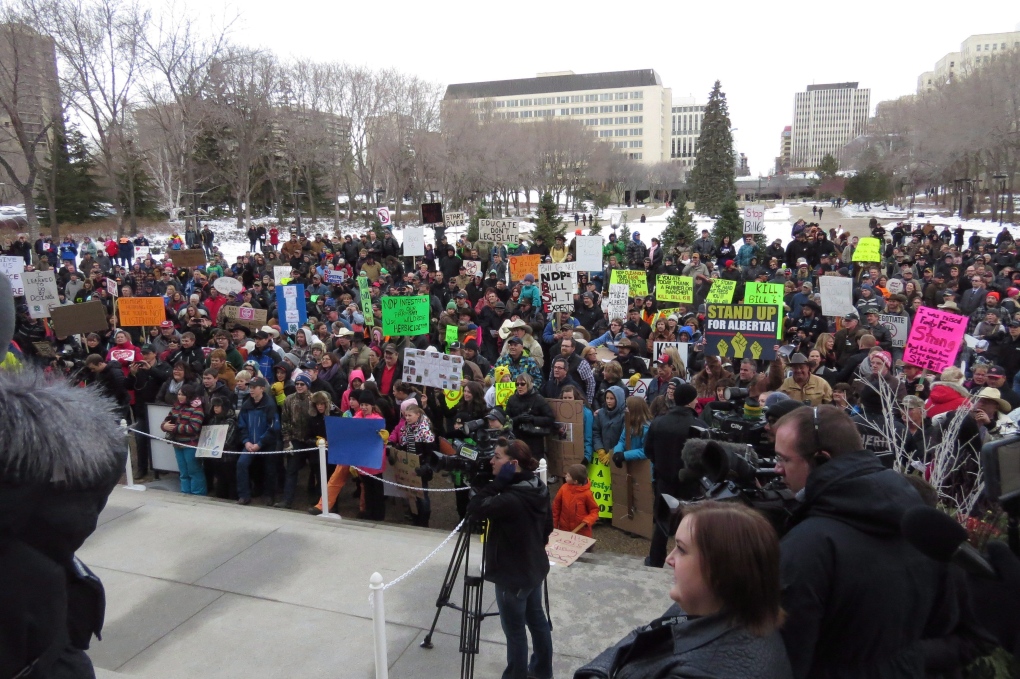 EDMONTON -- The Alberta government has rejected a bid by opposition parties to delay a controversial farm-safety bill.

The NDP caucus voted to defeat a motion to move Bill 6 to a legislature committee for further discussion.

Opposition Wildrose and Progressive Conservative members, along with Alberta Party Leader Greg Clark, voted for it.

The proposed legislation would give occupational health and safety protections and worker compensation benefits to paid farm workers effective Jan. 1.

Opposition parties and farmers attending protest rallies across the province have asked for more time to discuss the bill.

They say they're worried the new rules will tie up family farms in costly red tape and threaten the viability of their way of life.