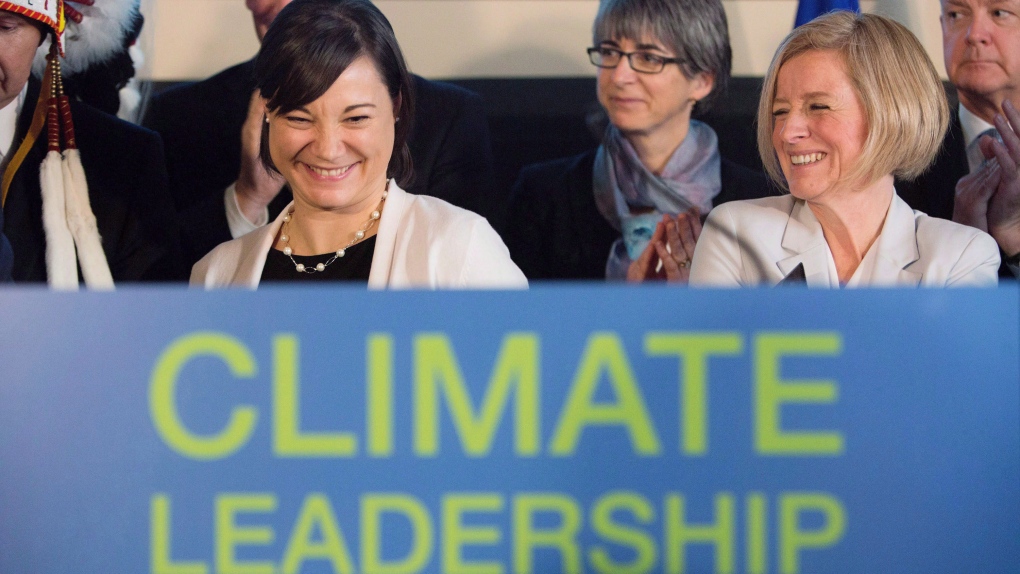 But opposition politicians say the multiplatform campaign confirms the province is desperately selling something the public isn't buying.

Phillips said the climate plan, which includes a multibillion-dollar carbon tax that kicks in Jan. 1., is far-reaching and complex.

"People need to know more about it," Phillips told reporters at the legislature Tuesday.

"We as a government have a responsibility to communicate with Albertans exactly what we are making for changes.

"There are going to be a number of different programs and other initiatives that are moving forward as a result of this."

The campaign is on top of $503,000 spent on a climate change ad rollout last year.

The new one will feature ads online, on TV, on radio, in movie houses, in print and in mailouts over the summer.

The 90-second video clip promises the plan will protect health and the environment while kickstarting the economy.

Phillips dismissed suggestions the ad plan is a bid to change the narrative because the government's message isn't getting through.

"What I've been hearing is that there's a tremendous optimism for diversifying the economy (and) all the new investments that are going to be coming in," she said.

The climate change plan, announced last year by Notley and Phillips, is a multipronged approach to reduce Alberta's carbon footprint and give it more environmental credibility when it pitches for national projects like pipelines to ports.

It will reduce methane emissions, curb oilsands emissions and phase out coal-fired electricity by 2030.

The first part of the climate plan was passed in the spring sitting, giving the province the legal licence to implement the carbon tax.

The province estimates the average family will see their costs rise an extra $443 next year, while opposition politicians say the cost will be double that or more.

The money all goes to rebates for middle and low-income earners or is earmarked for green initiatives from transit projects to home retrofits.

Opposition politicians fought to amend the legislation in the spring sitting, saying, among other concerns, that the tax needs to be revenue neutral and the government needs to present studies on the economic impact of the tax.

Those amendments were defeated by Notley's majority government.

Opponents have also argued a broad tax is particularly counterproductive at a time Alberta's economy has hit a wall over low oil prices.

Progressive Conservative Leader Ric McIver said the key sticking point is the fact the government climate plan will slow the rate of greenhouse emissions over the next decade or so, but the actual amount of GHGs will still increase.

"It's a huge amount of money and it comes at a time when Albertans are hurting," he said.

"Obviously if Albertans were loving this carbon tax, they wouldn't spend this much money selling it."