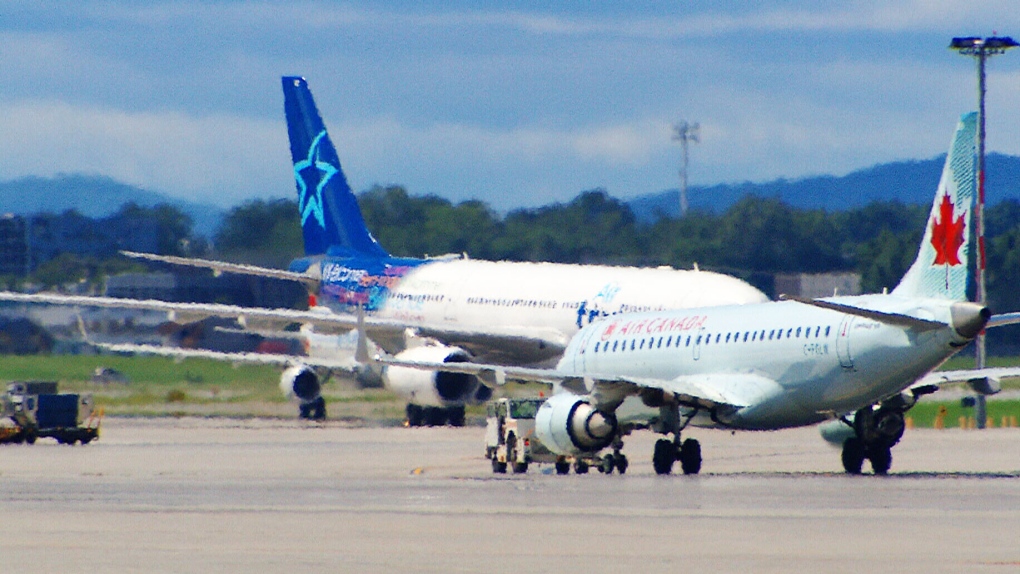 A coalition of Canadian pilots is calling on the federal government to makes changes to aviation rules to prevent pilot fatigue.

OTTAWA -- A battle is brewing as Transport Canada prepares to unveil new regulations that will determine how long pilots can remain at the controls without a break -- the first such update in more than 20 years.

Tougher regulations meant to address lingering concerns about pilot fatigue have been welcomed by pilots' unions and others who say safety standards in Canada have fallen behind many other countries around the world.

But industry officials representing many of the country's smaller passenger and cargo carriers expressed fears Wednesday that the new limits will go too far.

"It would raise the already high costs of northern transportation, impacting the sustainability of the communities we serve, and would potentially lead to service reductions," said Air Transportation Association of Canada chair Steve Hankirk.

The government first started to revamp the regulations in 2014; Transport Minister Marc Garneau's spokeswoman Delphine Denis said the aim is to align the rules with "today's scientific data, international standards, and best practices."

Several rounds of formal and informal consultations have been held over the years, Denis added, with all Canadians -- including industry -- asked to provide feedback last year on the proposed regulations.

"Transport Canada has also reached out to all air operators to learn about the cost impacts these new regulations could have on their operations," Denis said.

The Air Line Pilots Association, which represents more than 5,000 commercial pilots in Canada, was among those that participated in the consultations and offered its thoughts on the proposed regulations last summer.

"We're long, long overdue in Canada for an overhaul of our flight-time, duty-time regulations," said association vice-president Brian Shury. "It's been decades in the making and we're essentially just catching up to the rest of the world."

The Transportation Safety Board has cited fatigue as a concern in several investigations into aviation accidents over the years, and TSB chair Kathy Fox issued a statement last November applauding the government's new regulations.

But the industry representatives rejected suggestions Canada has an epidemic of tired pilots, saying the country's commercial aviation-safety record is stellar and that the only crisis will be with the industry if the proposed rules go ahead.

"Transport Canada has proposed ill-fitting regulations based on outdated and very narrowly focused methodology," said Air Georgian president Eric Edmondson, "and they are simply painting with too broad a brush."

The industry officials also complained that the department didn't seem interested in listening to their feedback, and urged the government to hit pause and sit down with them for a deeper conversation before releasing any final new rules.

As for what they intend to propose, the officials were reluctant to say, but they insisted that the current rules do need to change and that the approach should be more flexible based on different segments of the industry.

"We have made proposals," said Cargojet vice-president George Sugar. "We aren't just trying to be obstructionist."