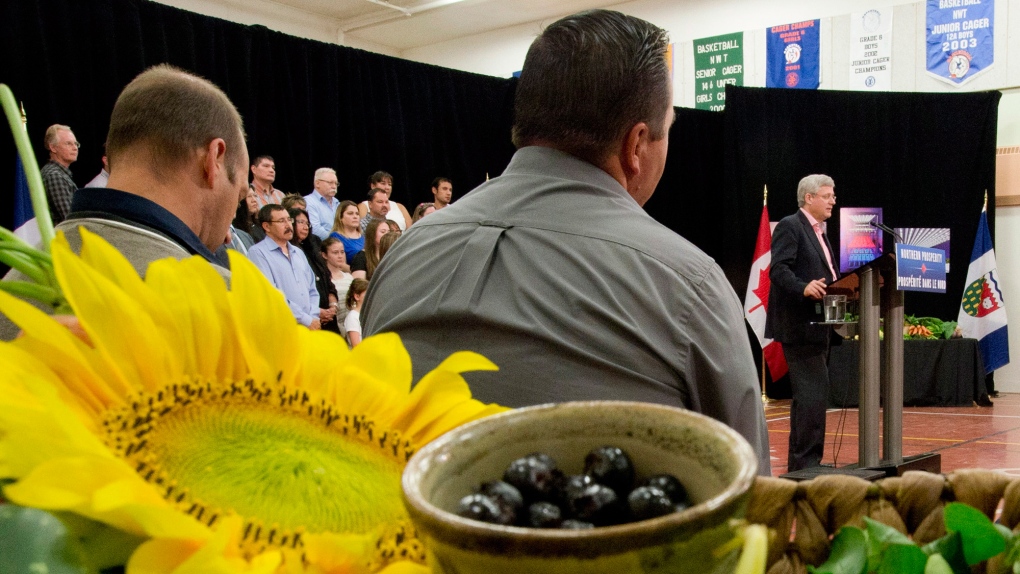 FORT SMITH, N.W.T. - Prime Minister Stephen Harper is on the second leg of his annual visit to Canada's North, armed with initiatives to promote fresh food production in the region.

Harper says the federal government will spend $2 million to build a permanent campus for the Northern Farm Training Institute in the Northwest Territories town of Hay River.

The money will let the two-year-old school run programs year-round from a campus set on 300 acres of farmland with greenhouses, offices and classrooms.

A news release says the school could earn extra money by selling its produce and flowers.

Harper, speaking at a news conference in Fort Smith, N.W.T., also says up to $2 million will be spent on an initiative that's meant to commercialize and enhance the productivity of greenhouse projects across the North.

The prime minister is scheduled to speak to Conservative party supporters later today.