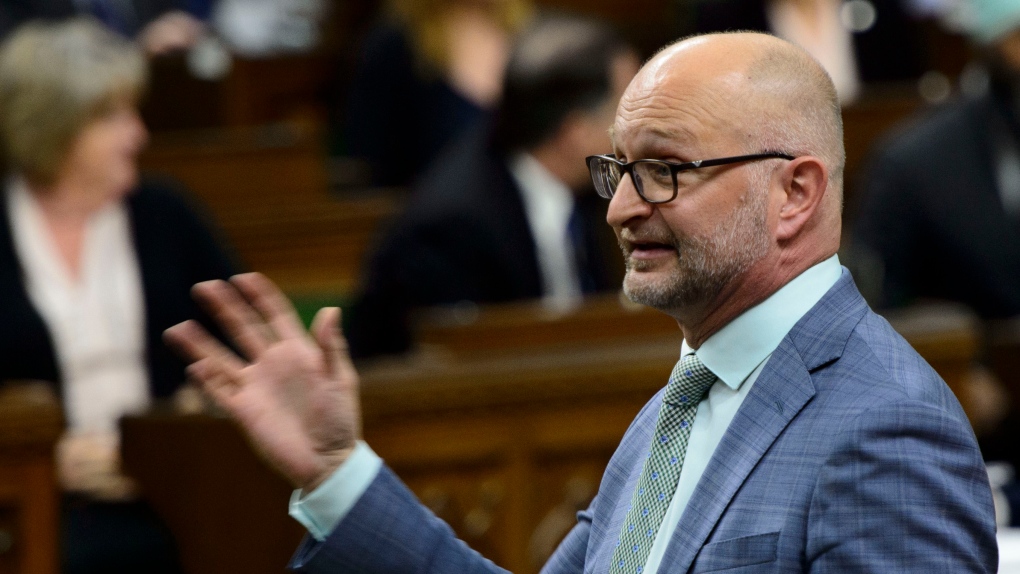 Minister of Justice and Attorney General of Canada David Lametti stands during question period in the House of Commons on Parliament Hill in Ottawa on Monday, June 10, 2019. THE CANADIAN PRESS/Sean Kilpatrick

OTTAWA -- Justice Minister David Lametti says the director of public prosecutions should be the one to decide whether a company should have access to a remediation agreement to avoid being pursued for corporate crimes -- most of the time.

The question of who has the final say on whether a company facing criminal trials should be offered a remediation agreement was at the heart of the SNC-Lavalin affair that rocked the Liberal government earlier this year, prompting ex-justice minister Jody Wilson-Raybould to resign from cabinet.

The federal ethics watchdog concluded this summer that Prime Minister Justin Trudeau contravened the Conflict of Interest Act when he tried to pressure Wilson-Raybould into intervening, as allowed by law, to head off criminal proceedings on corruption charges against the Montreal engineering firm.

Lametti made clear he could not comment specifically on the case of SNC-Lavalin, because he does not want to be seen as weighing in on it.

Still, he shared his general view on how remediation agreements should be used -- and who should get to use them.

"It is something that I think most corporate law scholars would recognize as being an element of fairness in dealing with serious corporate crime," Lametti said Wednesday in an interview with The Canadian Press.

"You allow individuals to be prosecuted criminally. You allow companies to pay a certain price for the criminal activity of their directors and give guarantees about how their behaviour and corporate culture will change without punishing innocent employees, innocent managers and directors, innocent pensioners, innocent shareholders, innocent subcontractors and suppliers," he said.

"It is a tool primarily in the hands of the prosecution service."

However, he added: "It is potentially a tool that an attorney general can call on in the very rare circumstances where one might effectively take over a prosecution from the prosecution service. It is a possibility."

In those cases, Lametti said, making the decision public, including with a notice in the official record of government decisions called the Canada Gazette, is a way to ensure the minister and the government is held to account for the choice.

The Trudeau government had tucked the amendment that made remediation agreements an option into an omnibus budget bill, which was introduced in the House of Commons in late March, 2018.

Lawyers for SNC-Lavalin contacted prosecutors about the possibility of a remediation agreement in April, according to court documents The Canadian Press obtained earlier this year, which was weeks before MPs, including Liberals, tasked with studying the amendment even knew it was there.

In May 2018, MPs on the all-party parliamentary committee who were taking a look at the 582-page omnibus bill said they only learned about the proposal to bring in remediation agreements during testimony by a Justice Department official.

When asked whether he would be fine with justice-related legislation ever being proposed in that way again, Lametti suggested MPs had in fact had enough of a chance to review the proposed remediation-agreement regime.

"The question is: is there an ability to debate, to review, at the committee level and what not?" he said. "My understanding is that there was."