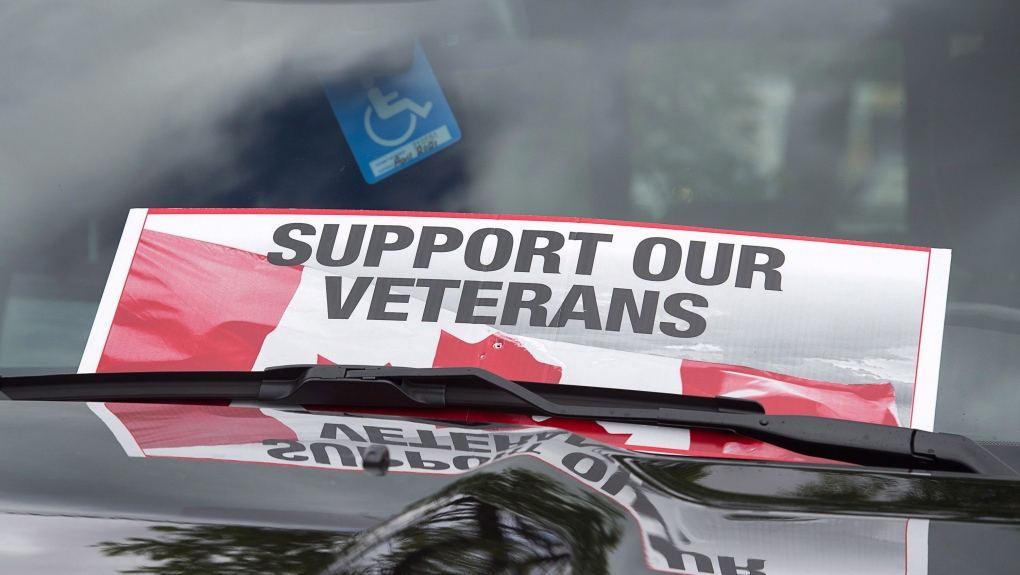 The House of Commons has supported a backbench MP's bid to have the government work to end veterans homelessness after days of partisan bickering.

The motion from Ontario Liberal MP Neil Ellis asked his own government to craft a plan to end homelessness among veterans by 2025, in part by creating a subsidy similar to one in the United States that's credited with helping to cut in half the number of homeless American veterans.

What MPs agreed to was to call on the government to deliver a plan by this time next year to meet the 2025 goal.

Debate on the motion ended Tuesday with the Liberals blaming the Opposition Conservatives for not agreeing to an immediate vote, likely leaving the motion to die when the next election is called.

Prime Minister Justin Trudeau chimed in Wednesday during the daily question period, saying the government supports the motion and blaming the Conservatives for putting "partisanship ahead of helping veterans."

Conservative critic Karen Vecchio took issue with Trudeau's criticism, including a tweet blaming her for not supporting the motion. She asked the Commons for its agreement to pass the motion, which MPs voted to do immediately.

"Unanimity is so nice when it happens," said Speaker Geoff Regan.

MPs broke out in applause, with several heading over to Vecchio to shake her hand.

"You've got the unwavering support of our government and now all party support to end veteran homelessness," Veterans Affairs Minister Lawrence MacAulay wrote on Twitter. "Now let' get it done."

The motion isn't binding on the government, but advocates see it as a symbolic victory on an issue that successive governments have not tackled.

In a statement, Ellis said he is humbled the House of Commons has backed a timeline for eliminating veteran homelessness.

Accurate data about the number of homeless veterans in Canada remains elusive but various studies peg the number between 3,000 and 5,000 -- possibly more, since homeless counts and shelter studies rely on veterans to self-identify -- with about 10 per cent of those being women.

"I'm so glad that the House recognizes the need to move forward, together, to turn this number into a zero," said Ellis, who chairs the House of Commons veterans-affairs committee.

Veterans groups have been waiting for a dedicated strategy for more than a decade, despite multiple drafts circulated in Veterans Affairs Canada since at least 2017. In April, Ellis's committee released a report that asked the government to "create a rent supplement for veterans who are homeless" as part of a broad action plan.