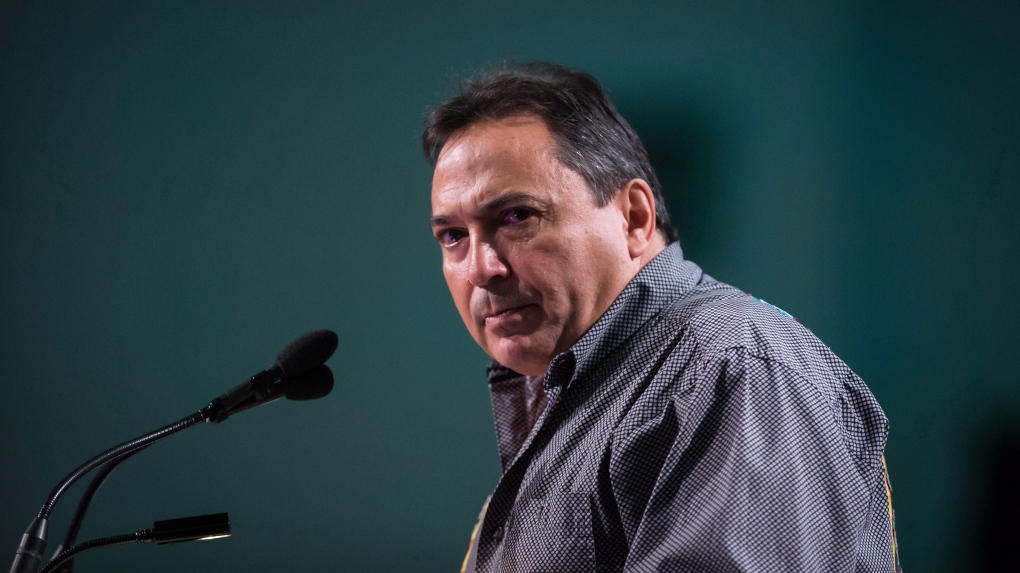 FREDERICTON -- The national chief of the Assembly of First Nations is calling on members to lobby all parties in an effort to influence political platforms ahead of the federal election in October.

"With the federal election coming, I want to say now the importance of voting and the importance of influencing all party platforms," Perry Bellegarde said Tuesday as he addressed the AFN's annual general assembly in Fredericton.

He said the national group was able to influence parties' policy in 2015 with its Closing the Gap document spelling out priorities.

"We set up meetings with the people designing the party platforms. That's the same process we're going to do again for October," Bellegarde said.

He said 61.5 per cent of eligible First Nations voters cast their ballots in 2015, and he wants that number to increase during the upcoming election.

"If you want to become prime minister or member of Parliament, you better listen to our people and our concerns, because we vote now and have impact," he said. "That's what's going to happen in October. We're not going to be pushed to the side anymore."

Crown-Indigenous Relations Minister Carolyn Bennett said the Indigenous vote is now recognized to be a factor.

"For too long, the First Nations were viewed as not voting," she said, and as a result their issues were not always included in party platforms. That changed in 2015.

"It was made very clear in the last election that Indigenous people voted in numbers -- in fact the national chief voted for the first time," Bennett said Tuesday following a speech to the AFN meeting.

While the agenda for the Fredericton meeting listed Bennett as a representative of the Liberal party, she made it clear she was there in her role as minister.

"We have lots of work to do. We will continue to do our work until the writ drops. We need to be listening and be able to resolve problems," she said.

Bennett agreed that climate change is a major issue, saying that Indigenous people are on the receiving end of many of the harmful effects. She said that includes the melting permafrost in the North.

Bellegarde said his second priority is restorative justice. He said that involves recognizing policing as an essential service but also adopting a broader view of the law.

"Why are there so many First Nations people in jail?" he asked. "There's not only common law and civil law recognized in Canada. There's got to be room for First Nation's law and natural law -- Creator's law," he said.

Bellegarde also wants to see which parties commit to acting on all the recommendations in the report of the inquiry into missing and murdered Indigenous women and girls.

Representatives of the Conservatives, New Democrats and Greens are scheduled to speak to the general assembly on Wednesday.

Bellegarde called on First Nations people to make an informed choice after looking at the parties' priorities. The federal election is set for Oct. 21.