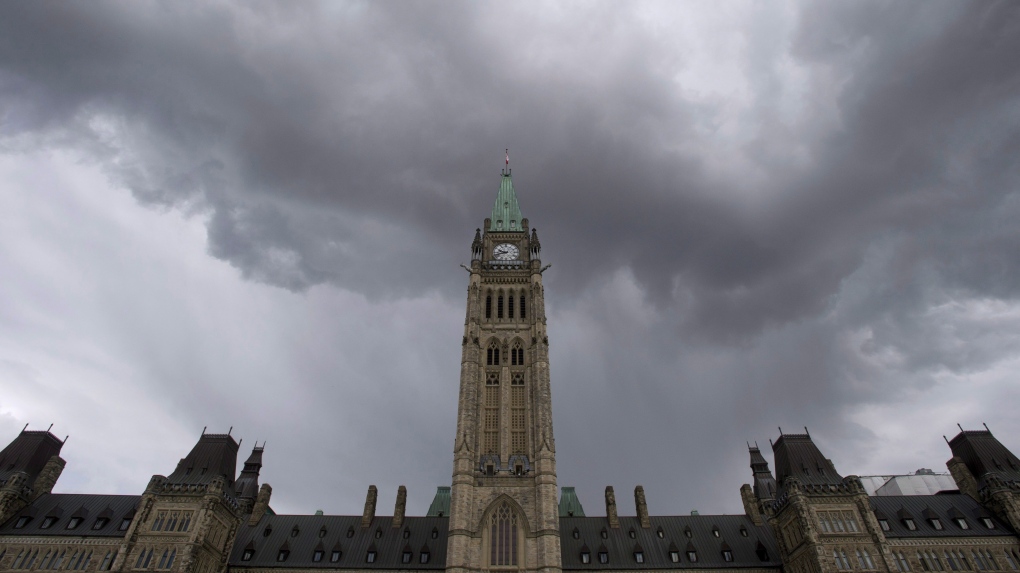 OTTAWA -- The federal government should not expand access to medical assistance in dying to those suffering solely from severe mental illness while Indigenous people live in conditions linked to higher rates of mental illness and suicide, says Tyler White of Siksika Health Services in Alberta.

White, the organization's chief executive, joined Conservative MP Michael Cooper at a news conference to oppose proposed reforms to Canada's rules on medically assisted death. He argued it is unjust to offer access to medical assistance in dying to Indigenous people when basic care and compassion have not been provided.

"Vulnerable persons must be protected from being induced, in moments of weakness, to end their lives," he said.

He said such a move does not take into account the inequalities that Indigenous people face.

He described the Liberal government's consultation with Indigenous leaders on the new law as trivial, and said the government should know many Indigenous people do not feel safe getting health care due to stigma and racism.

Parliament is working on Bill C-7, which would expand access to medically assisted death.

It would extend access to assisted dying to intolerably suffering people who are not approaching the natural ends of their lives, bringing the law into compliance with a 2019 Quebec Superior Court ruling.

The House of Commons passed a version of the bill in December; the Senate has since amended it to widen access even further, including eventually to people whose only affliction is grievous, irremediable mental illness, and sent the revised text back to the Commons.

The Liberals have agreed with the Senate that certain people suffering solely from mental illnesses should be entitled to receive medical assistance in dying -- but not for another two years, so the issue can be studied.

Cooper, the MP for St. Albert-Edmonton, said the government's acceptance of the Senate's amendment is "reckless."

"This radically expands Canada's medical assistance in dying regime and will with certainty put even more vulnerable Canadians at risk," he said.

He said the most important criterion for qualifying for medical assistance in dying, as set out by the Supreme Court of Canada, is that one must suffer from a grievous and irremediable condition.

Cooper said the government is moving ahead with the amendment despite a lack of consensus within the medical community and despite that there has been no formal study by Parliament of such a drastic change.

"This government is seeking to ram through Bill C-7 legislation that is now substantively different than the bill that was passed in the fall and sent to the Senate, in a cynical effort to avoid parliamentary scrutiny."

The Bloc Quebecois has said it will support the minority Liberal government's response to the Senate's amendment, assuring it will pass.

Dr. John Maher, president of the Ontario Association for ACT & FACT, which promotes "assertive community treatment" for people with severe mental illnesses, said the Liberal government is pushing C-7 when Canadians are struggling with a pandemic that has worsened social disparity and pushed many to the depths of hopelessness.

"How can any human being in good conscience ignore the loud cries of hundreds of disability organizations, mental-health organizations, medical associations, Indigenous Peoples, religious organizations, the United Nations and our citizens who know the wounds inflicted by racism, ageism and ableism?" he said.

"Offering death to people who are impoverished, undertreated and suicidal is discriminatory."

Maher said medical assistance in dying should only be offered to people suffering terminal illness.

"(Medical assistance in dying) for non-terminal illness is suicide using a sanitized gun in a white coat," he said.

"It sends a wrong message to those who are not coping, that the only way to improve their suffering is to choose death," he said.

"Our message to our youth is that suicide is not the answer."