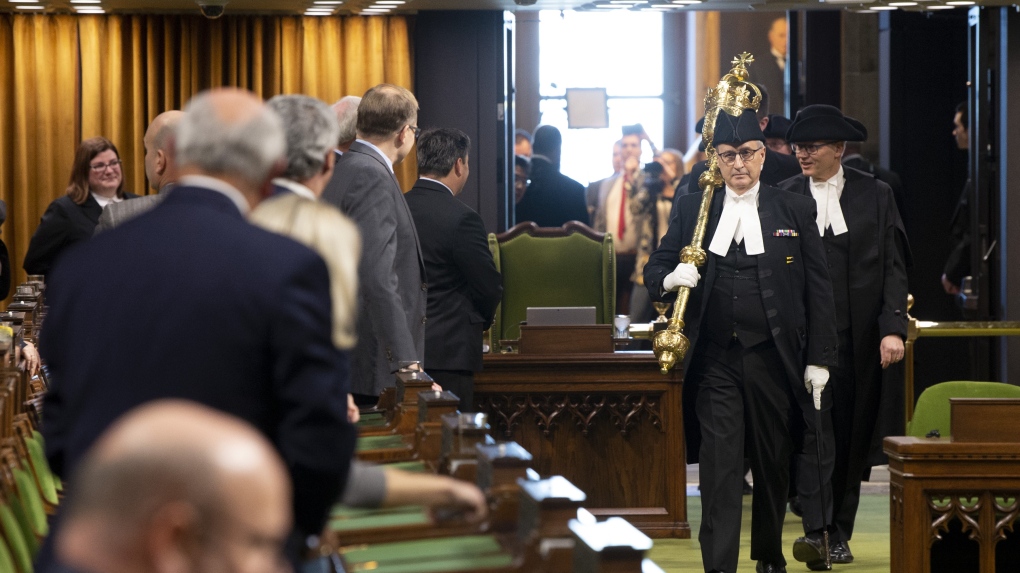 Members of Parliament rise as the Speakers Parade enters the new House of Commons for the first time as parliament resumes in West Block in Ottawa, Monday, January 28, 2019. THE CANADIAN PRESS/Adrian Wyld

OTTAWA – The majority of cases of harassment or inquiries into it that were brought to House of Commons human resources office in the past year had to do with concerns of abuse of authority.

According to the 2018-19 annual report on the House of Commons Policy for Preventing and Addressing Harassment, a total of 16 cases were managed by the House’s Chief Human Resources Officer (CHRO), and another 36 enquiries were made but handled through what’s known as the “respectful workplace program,” which was created to help people resolve workplace conflict.

Of these six complaints:

Eight of these 16 cases were filed by MPs, the other eight by either a colleague or staff member. Women made 13 of the enquiries or complaints, regarding male colleagues largely.

The other 36 enquires included nine regarding the abuse of authority.

“Enquiries may involve a request for information regarding the options available … and, in certain situations, the person making the enquiry may be referred to a more appropriate channel to resolve the issue,” reads the report.

The report does not include any names, or other identifying information about the elected officials involved in these complaints and investigations.

Last year a total of 35 cases of harassment were raised with House human resources.

The report also states that 325 MPs have attended a three-hour in-class session on harassment prevention since they began to run in February 2018.