A right to healthy environment included in proposed changes to CEPA: Wilkinson 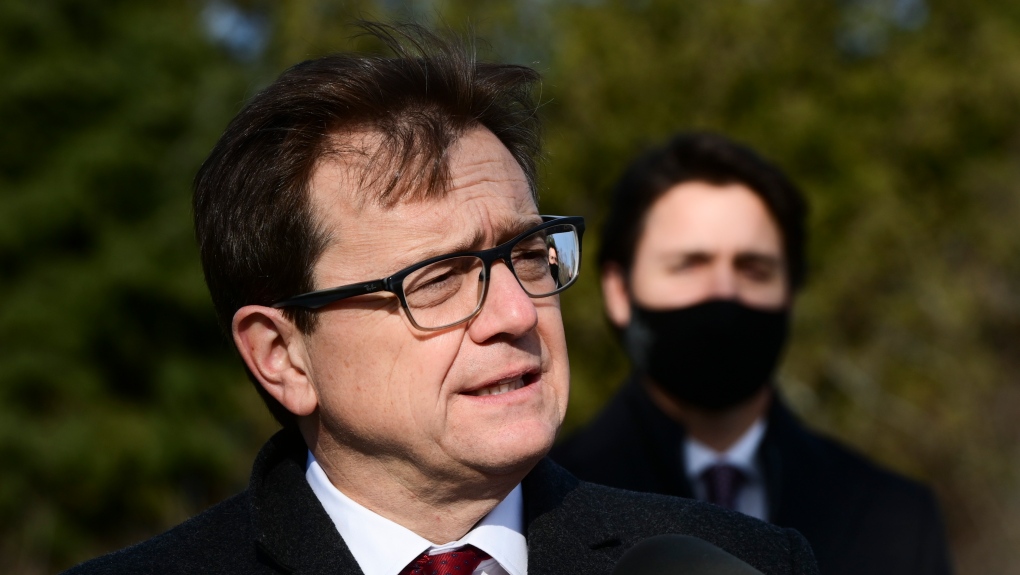 OTTAWA -- The Liberal government is proposing long-awaited changes to an environmental protection law that include a recognition every person living in Canada has a right to a healthy environment.

Officials with Environment and Climate Change Canada say defining what a "healthy environment" means or how exactly that right could work within the Canadian Environmental Protection Act will be determined through consultations.

It's one of the proposed amendments the Liberals have put forward to the act in Bill C-28, tabled in the House of Commons Tuesday.

The 1999 law outlines how the federal government regulates toxic chemicals as well as other polluting materials, with the goal to protect the environment and people from their harmful effects.

It's through CEPA that commercial substances are assessed based on their risk and determined whether or not to be toxic.

Scientists and environmentalists have been calling on the Liberals to make what they say have been badly-needed modernizations to the law, such as requiring substance assessments to include the cumulative effects of repeated exposures.

Several years ago, a parliamentary committee on the environment studied the act, which has be reviewed every five years, and made 87 recommended changes.

Environment and Climate Change Minister Jonathan Wilkinson said around 35 of those recommendations made their way into the bill, including recognizing peoples' right to a healthy environment.

"This is not symbolism," Wilkinson told a virtual news conference from Vancouver.

"The legal right to a healthy environment will lead to stronger protections in tandem with the evolving science, especially for groups of people vulnerable to high levels of pollution, who live downwind or downstream.

This includes the Canadians who may be at greater risk of exposure or are more susceptible to the risks of chemicals."

Tim Gray, executive director of Environmental Defence, applauds the bill's commitment to look at how chemicals impact vulnerable populations, from pregnant women and children, to racialized or marginalized communities located nearby such facilities.

He said he hopes to see a right to a healthy environment mean there is a way Canadians can force the prosecution and suspension of a company's ability to sell certain products in the event environmental laws are broken.

"You would use CEPA to determine whether or not some community's disproportionally being impacted by a toxic chemical whether or not like someone who's selling a toxic skin whitening cream that is only being purchased by people with brown skin, whether those people's rights are being violated," said Gray.

Department officials say developing a framework for how a right to a healthy environment will be considered within the act has to happen within two years, but that right will be confined to jurisdictional areas covered by CEPA.

One area where the bill is lacking, he says, is on improvements to enforcement.

"Enforcement is a problem, both in terms of how it's required by the civil servants who do it, but also the access to the courts for citizens to fight toxins that are harming them," said Gray.

"I don't see it addressed here at all."

What also doesn't appear to be in the bill are national standards around air quality and drinking water, which were among recommended changes called for in the earlier committee report.

Wilkinson said amendments focus on incorporating a right to a healthy environment into CEPA, as well as improvements to chemicals management.

He suggests the emphasis on the cumulative effects of chemicals relates to air quality, as does a new watch list designed to proactively flag substances that have the potential to become harmful if how they are used, or the quantities they are available in, change.

Within two years, his department also intends to develop a new multi-year plan for how substances are assessed and tools like monitoring are used.

And now that the proposed changes are out, a group of environmental and health advocates are calling on parliamentarians to work quickly to reform the existing law.

Mark Butler, a senior adviser with Nature Canada, says while he welcomes plans to review CEPA's regulations around risk assessments for genetically engineered organisms, he believes a moratorium should be placed on approving any new such products.

"If we have to wait another five years for a review and the subsequent regulations to be enacted so there's actually changes in the law then it would be 25 years," since CEPA was amended, he said.