A brief history of U.S.-Iranian relations 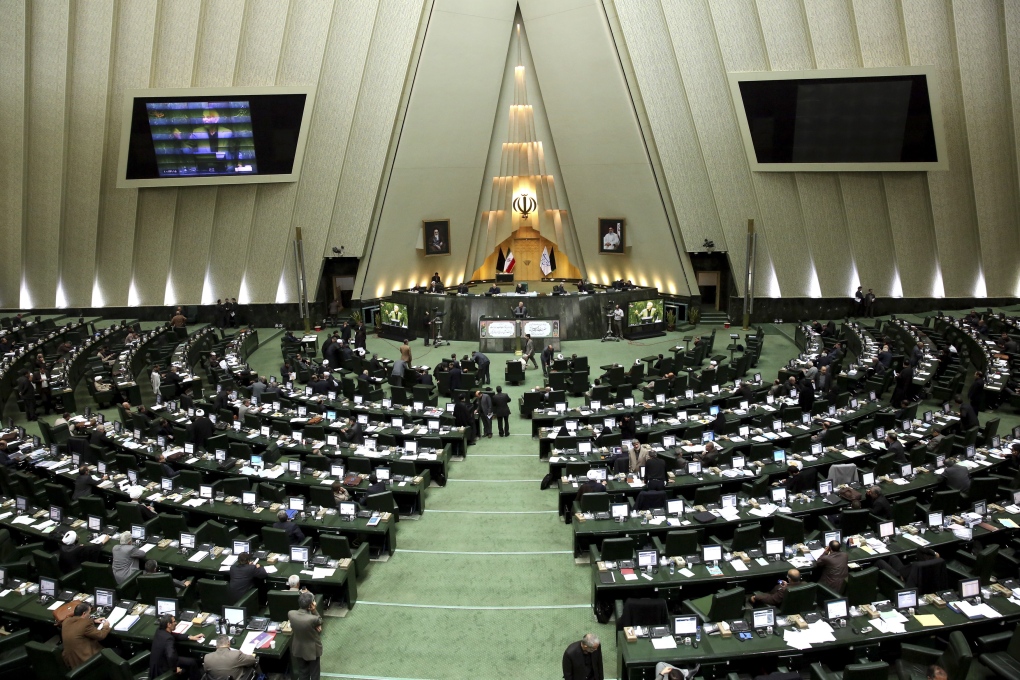 GENEVA -- Iran's agreement with six world powers over its nuclear program comes after decades of difficult ties between Washington and Tehran. Relations have been up, but mostly down since the 1979 Islamic Revolution and subsequent hostage crisis at the U.S. Embassy in the Iranian capital. The nuclear agreement, designed as a first step in preventing Iran from developing a nuclear weapon in exchange for the easing of some punishing economic sanctions, signals a thaw in the U.S.-Iranian relationship.

Here is a brief history of the long-strained relations between the United States and Iran:

In the aftermath of World War II and beginning of the Cold War, Washington sees Iran as a bulwark against Soviet expansion and a source of stability in the oil-rich Persian Gulf. It cultivates a friendly relationship with Shah Mohammad Reza Pahlavi, although the partnership is threatened with the 1951 appointment of Prime Minister Mohamed Mossadegh, who moves to nationalize Iran's oil industry. A CIA-backed coup ousts Mossadegh in 1953. The shah returns from a brief exile and resumes control.

The United States provides the shah hundreds of millions of dollars during the next quarter-century. The U.S. helps set up Iran's intelligence agency in 1957. Iranians come to revile the agency for its repression. Iran's oil exports expand and the economy expands. The shah recognizes Israel and becomes a dominant figure in the Middle East. Some tensions persist, however. Iran refuses to help the U.S. in the 1970s by lowering the price of petroleum. Toward the end of the shah's reign, the U.S. criticizes his government's worsening human rights record and crackdown on democracy.

Frustrated by the monarchy's brutality, corruption and autocracy, and faced with economic slowdown, Iranians overthrow the shah in 1979. Ayatollah Ruhollah Khomeini returns from exile, seizes power and declares the U.S. the "Great Satan." In November 1979, during the Carter administration, militants storm the U.S. Embassy in Tehran. Fifty-two Americans are held for 444 days. An American rescue operation ends in disaster. Washington freezes billions of dollars in Iranian assets stored in the United States. The U.S. ends diplomatic relations with Iran. The shah goes to Panama in December 1979 and dies in Egypt on July 27, 1980.

Iraq's President Saddam Hussein invades Iran in 1980, and the United States provides him with support, and an estimated 1.5 million people are killed during the next eight years. The Iranian government kills thousands of political opponents at home and assassinates several high-profile figures abroad. It gets involved in Lebanon's civil war, providing support to Hezbollah. The new Shiite militant group is blamed for the 1983 bombings of the U.S. Embassy in Beirut and of the Beirut barracks of the U.S. Marine Corps; the two bombings killed more than 250 Americans. Iran places underwater mines in the strategic Persian Gulf. The U.S. responds by targeting Iranian oil installations in 1987 and 1988. The two countries approach outright war. In July 1988, the U.S. mistakenly downs an Iranian passenger jet flying above the Strait of Hormuz, killing 290 people. Two months later, Iran and Iraq reach a cease-fire.

Amid of some of the fiercest U.S.-Iranian hostility, the White House covertly sells arms to Iran and uses the proceeds to bankroll a secret war in Central America. Exposed in 1986, the scandal cripples the final two years of Ronald Reagan's presidency.

Through the 1990s, the U.S. accuses Iran of sponsoring terrorism attacks around the world. Iran and its proxy, Hezbollah, are blamed for a 1992 attack on the Israeli Embassy in Buenos Aires, Argentina, that kills 29 people, and an attack on a Jewish community centre there two years later that kills 85. The U.S. and Israel say Iran provides the critical support for dozens of Hamas suicide attacks and other bombings. President Bill Clinton imposes far-reaching oil and trade sanctions on Iran in 1995.

The 1997 election of Iran's reformist President Mohammad Khatami offers hope for a thaw in relations. Khatami promotes a "dialogue among civilizations" and reaches out to Western leaders. The U.S. lifts some penalties against Iran.

Limited U.S.-Iranian co-operation continues after al-Qaida terrorists attack the United States on Sept. 11, 2001. Officials from both sides co-ordinate before the U.S. invades Afghanistan to oust the Taliban. Months later, President George W. Bush enrages Iran by including it with Iraq and North Korea in his "axis of evil." Washington releases information about Iran's nuclear program and rebuffs Khatami's offer of a "grand bargain" to normalize U.S.-Iranian relations. After the U.S. ousts Saddam Hussein in 2003 and occupies Iraq, it accuses Iran of providing Shiite militants with sophisticated weapons to kill American soldiers. The U.S. steers clear of European diplomatic efforts to resolve the Iranian nuclear standoff.

The election of hard-liner Iranian President Mahmoud Ahmadinejad in 2005 weakens the case for better relations. Ahmadinejad calls for the elimination of Israel, a key U.S. ally, and declares the Holocaust a myth. He sends Bush an 18-page letter criticizing the U.S. response to the 9-11 attacks. With Iraq in chaos, U.S. officials reach out to Iranian counterparts for help in stemming the violence. Anti-war sentiment rises in the United States and Bush and his advisers play down talk of war and join nuclear negotiations between world powers and Iran. At the same time, the U.S. rallies international unity against Iran's nuclear activity. The diplomatic effort yields three rounds of UN penalties between 2006 and 2008 demanding Tehran stop enriching uranium and exporting weapons. They also slap Iran with banking, trade and travel restrictions.

President Barack Obama takes office in 2009 after raising the possibility of sitting down with Iranian leaders without preconditions. Engagement becomes difficult after hard-liner Ahmadinejad wins another term. On the sidelines of nuclear talks in October 2009, a senior U.S. official meets privately with a top Iranian negotiator for some of the most extensive bilateral talks in decades. Iran backs out of a deal reached with world powers to ship much of its higher-enriched uranium out of the country.

A fourth round of UN penalties against Iran is approved in 2010. Meanwhile, the U.S. and Israel covertly co-operate in a campaign to sabotage Iran's nuclear program. After Syria's civil war erupts in 2011, Iran actively supports Syrian President Bashar Assad while the U.S. slowly escalates aid to the Syrian opposition. Obama faces pressure at home and abroad over Iran's nuclear program. He urges patience from Prime Minister Benjamin Netanyahu, who threatens an Israeli military intervention. But Obama also says all U.S. military options are on the table. With engagement failing, he focuses on "crippling" international sanctions. The most severe hit Iran's oil industry, slicing exports in half and leaving the Iranian economy in tatters. Several more rounds of nuclear talks take place, though no progress is made. During his re-election campaign, Obama pledges to keep Iran from having the capacity to develop nuclear weapons.

Promising a new course of moderation, Hassan Rouhani, who became Iran's new president in August, is elected with the backing of centrists and reformists. Rouhani makes a series of public statements suggesting new flexibility with the West and exchanges letters with Obama. In late September, Obama makes a ground-breaking phone call to Rouhani, marking the first contact in more than 30 years between the leaders of the two countries. While Israel reaffirms its tough stance against Iran and harshly criticizes the latest negotiations, sentiment in Washington's political circles softens.

NEW ROUND OF NUCLEAR TALKS CONVENES

Talks convene in Geneva in early November with high hopes of reaching a deal that would include initial caps on Iran's capacity to make a nuclear bomb in exchange for the easing of some sanctions stifling Iran's economy. Secretary of State John Kerry says "significant progress" is made, but the talks end with no deal after France says the deal doesn't go far enough and Iranian negotiators say they have to take the proposed deal back to Tehran. The parties agree to resume talks Nov. 20.

Six world powers and Iran strike a deal that calls on Tehran to limit its nuclear activities in return for sanctions relief. After five days of negotiations, Iranian Foreign Minister Mohammad Javad Zarif tells reporters in the early hours of Nov. 24, "Yes, we have a deal."