OTTAWA -- CTV News' Chief Anchor and Senior Editor Lisa LaFlamme sat down with Prime Minister Justin Trudeau for a year-end interview that touched on a range of topics. Trudeau discussed what he sees as the reason for his party’s slide to a minority government, how he plans to approach what have been fractious relationships over the last few years with both the opposition parties and premiers, and where he thinks Canada stands on the world stage after a series of difficult diplomatic moments.

Here's what you need to know.

The Liberal government’s first update on the state of the economy since the federal election showed this week that the federal deficit is rising, while Canada’s debt-to-GDP ratio remains the lowest in the G7.

The fiscal update also cautioned about “fundamental structural shifts” taking place in the global economy leading to lower growth, but offers little on Canada’s specific plans to guard against or prepare for what some economists say could be a coming recession. Nor did it reflect what is likely to be billions in more spending ahead to fulfill the Liberals’ election promises.

Asked about this, Trudeau defended the Liberals spending plans as “the best way to prepare for potential rocky waters ahead.”

He also said he disagrees with economists who say that now’s the time to save for a rainy day and start paying down the federal deficit.

“We've been very careful to keep our debt low as a share of the size of our economy so that we have the firepower necessary if we do hit rough waters,” he said.

On Oct. 21, the Liberals were knocked down from a majority to minority government, sliding from 177 to 157 seats after the 40-day campaign. When asked what he attributes to this outcome, Trudeau cited the “rise of populism around the world” as well as “challenges in electoral circumstances.”

He also said he thinks his government achieved a lot of big things in its first four years but that those accomplishments were often overshadowed by other issues, including self-imposed scandals.

Trudeau said now his focus is on “how we can really dig in on the substance of what we're doing and reassure Canadians.”

Trudeau said it’s not “about a PR exercise” but rather asking “Are your institutions serving you? Is the government doing the kinds of things that are going to help you in the future? Do you have confidence in your future, in your community, in your kids? Those sort of messages are really important, and that's very much what we have to focus on.” 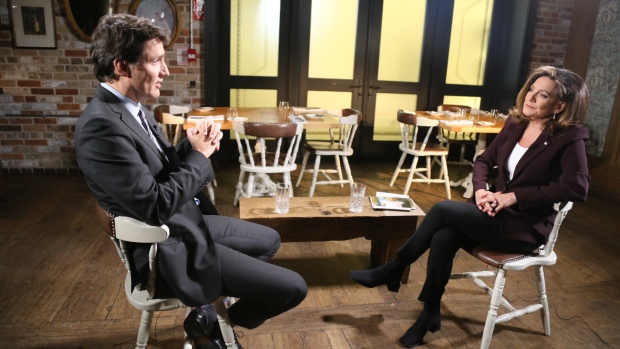 3) Offers insight into relations with premiers

Trudeau was asked which premier he views as being his strongest ally, given the increased focus on regional economic stresses and he said that it would “probably” be British Columbia Premier John Horgan, or Quebec’s Francois Legault on “many issues.” He also named Newfoundland and Labrador Premier Dwight Ball, before saying generally that there are “lots of great allies” within the federation.

He also said while he and Alberta Premier Jason Kenney have found common ground on some issues, he thinks Kenney is “not as serious about fighting climate change.”

“I think that’s an area that we’re going to have to agree to disagree, because I’m not backing off,” Trudeau said.

4) Predicts cost of carbon tax will be election issue

In a potential signal of what the Liberals may be looking to make an even bigger election issue, Trudeau said that after the cost of the carbon tax hits $50 per tonne in 2022, there will be another election “to discuss what the next steps are.”

Based on the fixed election date schedule the next election would fall in 2023, though it’s uncommon for minority parliaments to last that long and an increase to the cost of the already contentious climate change plan could be best decided at the ballot box.

Speaking about the now-viral international incident in which Trudeau was caught in a candid conversation with a handful of other world leaders about U.S. President Donald Trump’s behaviour at the NATO summit in London earlier this month, Trudeau still did not apologize.

Instead, he seemed to shrug it off, saying that relations between him and Trump remain constructive.

“I think it was a camera at the far end of the room that had a very good mic on it. But, you know, a lot has been sort of made of that incident at the same time a few days later we closed NAFTA,” Trudeau said.

Trudeau said that despite the minority dynamics he is confident that the renegotiated and then amended North American Free Trade Agreement, otherwise known as USMCA or CUSMA depending on what country you’re in, will pass.

The prime minister predicted that the Americans will be able to advance their implementation of the trade deal before Canada does though.

“So we will be the last ones likely to ratify it. I feel we need to do it very quickly to be able to get the benefits of it. The Conservatives have loosely indicated that they're supportive of it. We'll see what the other two parties do. But there's no question that if the choice is between having a free trade agreement with our largest trading partner, or not having NAFTA agreement, the consequences on the Canadian economy of that… would be catastrophic. I find it difficult to imagine that that either the bloc or the NDP would allow us to be in a situation where it didn't pass,” Trudeau said.

Asked what it was like to lose the first vote of the session when the opposition parties teamed up on a motion to create a special committee to study Canada-China relations, Trudeau said: “We will win some, we will lose some.”

7) Could be a 'long time' before detained Canadians come home

Asked about the status of Canada-China relations—given that it’s now been over a year since Canadians Michael Kovrig and Michael Spavor were detained in what has largely been seen as a retaliatory response to Canada’s arrest of Huawei executive Meng Wanzhou—Trudeau said there has been “positive movement behind the scenes.”

Trudeau said that he regularly hears from other world leaders that they bring up the two Michaels in their conversations with China, though “unfortunately, these situations sometimes take a very long time.”

“We've been very successful in many consular situations over the past four years, and it's just constant engagement, looking for opportunities, taking it seriously and diligently and not being overly political about it, just being sort of strategic and conscientious about it,” Trudeau said. 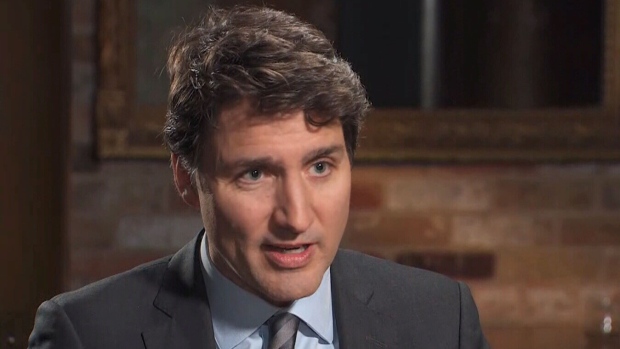 8) 'Too dangerous' to remove Canadian orphan from ISIS camp

Trudeau said it was “too dangerous” to send in Canadian diplomats to remove four-year-old Canadian orphan Amira from the al-Hol detention camp after her family -- Canadians who had left the country in 2014 to fight for ISIS -- were killed in an airstrike.

This comes after Kurdish authorities confirmed over the weekend that they found her. Trudeau said that he was aware of the little girl’s story, but that the safety of Canadians who work in the Middle East needs to be considered.

“Right now we've qualified it as too dangerous for Canadian officials to go into Syria and into those refugee camps,” he said.

Lastly, Trudeau was asked whether his resolution for 2020 is to bring the country together after the federal election exposed regional divides and tensions.

Trudeau said he plans to continue to have conversations with the premiers, engage with the opposition parties, and reach out to other communities.

“I know that Canadians expect in 2020 that they have a government that is engaged and listening and looking to collaborate and looking to work constructively with people. And that's very much my resolution, which has already been in place for a couple of months,” Trudeau said.

As for what he hopes his new minority government achieves in the year ahead, Trudeau cited infrastructure, measures for families, and housing affordability.

“What are we doing tangibly and concretely to make Canadians lives better? That's what we're going to be focused on next year,” he said.