5 scandals likely to resurface during the Ontario election campaign 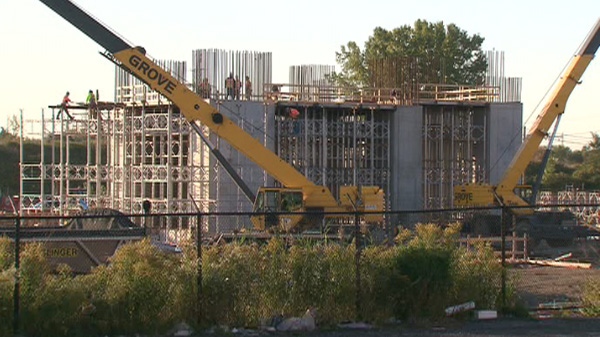 Construction continued on Monday, Oct. 24, 2011 at a Mississauga natural gas-fired power plant that is supposed to be moved.

TORONTO -- During the 11 years they've spent as Ontario's governing party, the Liberals have raised public ire many times over a series of high-profile scandals.

Here are five of the major controversies that opposition parties are sure to dwell on in the run-up to the June 12 election:

Ornge: Ontario's publicly funded air ambulance service has been under fire for almost two years over sky-high salaries, financial irregularities and corruption allegations. A legislative committee has been probing the service's complex structures and pay scales in detail, and opposition parties have been alleging wrongdoing with nearly every revelation. The auditor general has criticized the governing Liberals for failing to oversee Ornge, despite giving it $730 million over five years and allowing it to borrow another $300 million. The Liberals insist Ornge went rogue with a web of for-profit companies and questionable business deals, as well as exorbitant salaries and lavish expenses.

Cancelled gas plants: Scandal has swirled around the government's decision to cancel the construction of two Toronto-area gas plants ahead of the 2011 election, in which the government then led by Dalton McGuinty was reduced to minority status. The cancellation costs have now been pegged at $1.1 billion, but opposition parties have accused the Liberals of actively trying to cover up that figure. Ontario's privacy commissioner has concluded that staff working for McGuinty and a former energy minister broke the law by deleting emails pertaining to the project. Ontario Provincial Police are also investigating the document deletions, seizing government computers at both Queen's Park and beyond.

eHealth: The provincial agency was given a $1-billion budget to develop electronic health records, but wound up building themselves a bad reputation. A lot of the eHealth money went for untendered contracts given to highly paid consultants who then billed taxpayers for additional expenses in a scandal that cost former health minister David Caplan his job. In 2009, the auditor general said the agency had very little progress to show for its efforts, and opposition parties have alleged further financial mismanagement since then.

Windsor Parkway: The government has taken heat for not immediately acting when it learned a $1.4-billion infrastructure project didn't live up to safety standards. The Liberals were told that questionable materials were being used on the support beams on Windsor's Herb Gray Parkway in December 2012, but didn't halt the project until July. More than 500 support beams are being replaced by the project overseer at no cost to the tax payers, but the NDP has accused the Wynne government of trying to cover up the affair and only backing down when threatened with media exposure.

PanAm Games: Premier Kathleen Wynne has hailed the 2015 games as a cause for celebration, but opposition parties call it just another scandal. The $1.4-billion budget for the games does not include some key expenses, like the $700 million athletes' village. The government has also come under fire for $7 million worth of bonuses paid out to 64 executives.