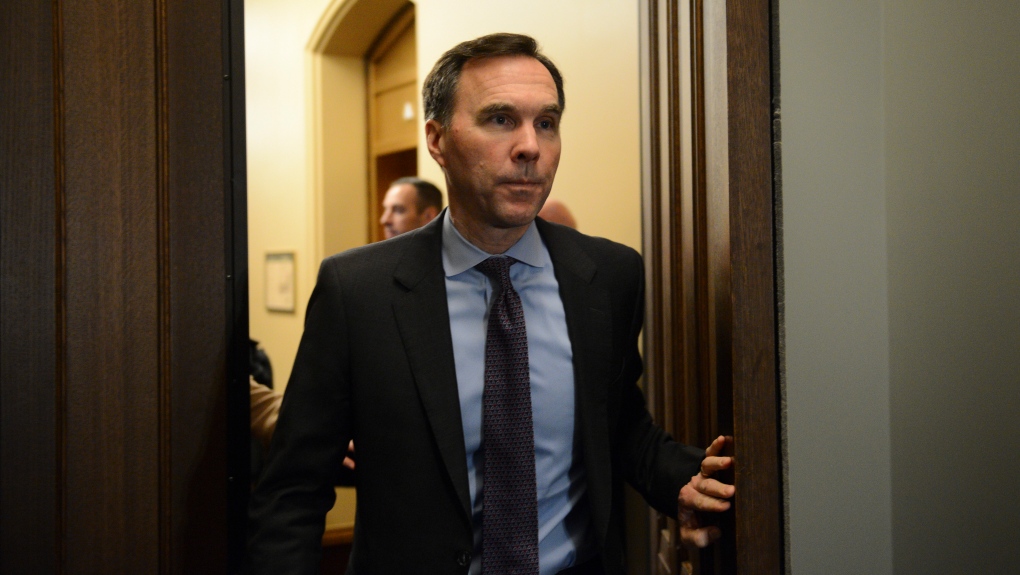 OTTAWA -- The 2020 federal budget— the first of the Liberal minority government—will be tabled on March 30, Finance Minister Bill Morneau announced in the House of Commons on Wednesday.

In announcing the date, Morneau said that Canada has a strong fiscal position and that will assist "our ability to deal with challenges, real challenges that Canadians are recognizing that we're facing in the economy today."

The budget timing has been in question given the expected negative impact the global coronavirus outbreak will have on the economy. The decision on the budget date comes within hours of the World Health Organization declaring the virus a pandemic.

Setting in stone when the full economic picture will be brought into focus follows on the heels of the federal government announcing it will put more than $1 billion into its plan to combat and mitigate the impacts of the outbreak of COVID-19 in Canada, with the pledge that more help would come as needed.

"I am looking towards updating our economic forecast so we can be transparent with Canadians about what our economic situation is today and that forms for us the basis for our planning and deciding what we will do in order to use our very strong fiscal position to protect Canadians and to protect our economy," Morneau told reporters on Wednesday.

The budget is also where the government can put more in the window in terms of its agenda this term, beyond the broad strokes of the throne speech. But in doing so it will need to keep in mind including items that will garner the needed support of other parties in order to pass the budget and avoid being defeated, as the budget is considered a confidence measure.

During the fall federal election campaign the Liberals promised billions in new spending for students, families, and the environment, continuing their so-called economic approach of “investing in Canadians” while targeting corporations and the wealthiest Canadians to help pay for these proposals.

As of their platform release in late September, the Liberals estimated that the new promised commitments would cost $9.3 billion in 2020-21 and rise each year following, but would also bring in just over $5.2 billion in new revenue in 2020-21, also rising over time.

This would leave Canadians with an additional $4.1 billion added on to the deficit in the first year, which the Liberals project would be at $27.4 billion in 2020-21, with no time frame for getting back to balance.

The House Finance Committee has completed its pre-budget consultation study, which included receiving input from hundreds of stakeholders.