10 things we learned about government spending from recently released documents 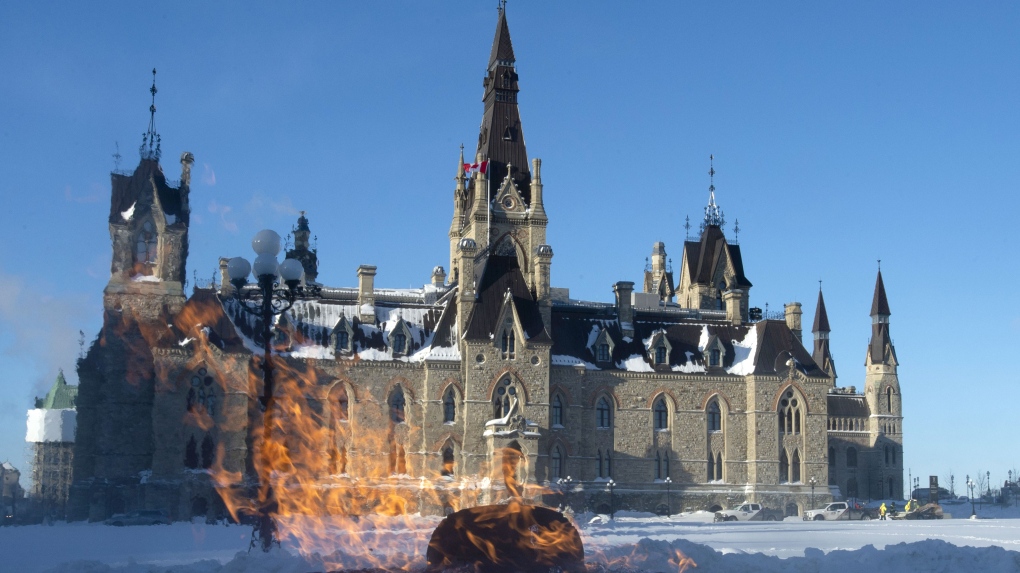 The Centennial flame burns outside West Block as Parliament resumes in Ottawa, Monday January 28, 2019. Parliament will sit in West block for approximately 10 years as Centre Block is renovated. THE CANADIAN PRESS/Adrian Wyld

OTTAWA -- How much money has the federal government been spending on social media influencers and bus ads? How many bedbug infestations have there been in federal buildings and offices lately? What about the tax revenue from cannabis sales? Or the cost of Canada's bid for a seat on the UN Security Council or for concert tickets?

The answers to these questions and more were tabled in the House of Commons recently. After sifting through hundreds of pages of documents, CTVNews.ca has compiled a quick rundown of noteworthy snapshots of government spending contained within government responses to hundreds of what are known as order paper questions.

These questions are among the tools that the opposition parties have to prompt government accountability. The government has 45 days to respond to the written inquiries, and the responses are tabled in the House of Commons, meaning the information each response contains becomes public record.

The intent of these written questions is to allow MPs to gain access to more detailed information than they could ascertain during an oral question during question period.

The tidbits of information below were gleaned as part of a series of government responses to over 200 written questions submitted by Conservative MPs in the early weeks of this Parliament.

As of December 2019 Global Affairs Canada has spent $1,983,717 related to Canada's bid for the 2021 seat. The breakdown includes more than $1.1 million on travel, nearly $260,000 on hospitality, and thousands on promotional materials and marketing services.

The response to this question came before Prime Minister Justin Trudeau's trip to Ethiopia and Senegal to lobby for votes for the much-coveted seat, so expect that total to go up.

As of December 2019, the current fleet of ministerial cars included 30 vehicles, despite the cabinet having 37 ministers, according to documents tabled in response to a question from Conservative MP Jasraj Singh Hallan. The total purchase cost for these cars that ministers used for transport between 2013 and present is $1,011,631.19, not counting the fuel costs and salaries for the drivers of these "executive vehicles."

In 2019, the cost for alcohol served on official travel aboard the prime minister's Airbus and Challenger flights totaled $3,188 for six different trips, which broken down by type of alcohol was 203 bottles of wine and 157 cans of beer.

As for the food on these flights, which included trips to Osaka, Japan; Washington, D.C.; and Biarritz, France among others, the cost was $367,108.82.

According to Finance Canada, the federal revenues from the excise duty on cannabis in the first year of legalization totaled $18,360,732, which was down from the estimated projected revenue of $35 million that was included in the 2018 federal budget.

As of January 2019, six ministers including Trudeau spent a combined total of $91,766.37 on contracts for consultants, advisors, and other temporary personnel, according to the documents tabled in response to an inquiry from Conservative MP Bob Zimmer.

This included $22,120 for communications advice and services spent by minister Maryam Monsef; $18,375 for leadership and harassment training in minister Navdeep Bains' office; and $23,940 spent by Trudeau's office on a consultant to "conduct interviews and provide analysis."

Since May 2019, officials from several federal departments and agencies spent a total of $117,796.40 on gala, sporting event, and concert tickets. Among those were 10 tickets to a Bryan Adams concert in Belgrade, Serbia in November. These seats cost a total of $894.49 and the guests included Canada's ambassador Kati Csaba.

Another $8,672.30 was spent by Invest in Canada to send a contingent of 35 people, including foreign investors and senior executives, to Cirque du Soleil Alegria in Toronto.

The government was asked to report which departments had spent money on social media influencers as part of PR campaigns since June 2018. In that time frame four departments said they deployed this online marketing tactic, and this included the largest campaign put on by Health Canada.

The national health body spent $252,610.89 to pay 18 different social media users—including several accounts that appeared to be mom-oriented bloggers to spread their "consider the consequences of vaping" campaign aimed at raising awareness about the harms and risks associated with teen vaping.

Who has bought carbon offsets?

Since January 2018 just four different federal departments or agencies have purchased carbon offset credits. These credits are essentially payments to projects that reduce emissions of greenhouse gases to offset emissions made by travel and other activities.

Global Affairs Canada purchased a total of $61,106 in carbon offset credits for the G7 Summit in Charlevoix and for the G7 presidency. Export Development Canada spent $394.20 to offset two flights from Ottawa, one to Mumbai and the other to Cambodia. The Business Development Bank of Canada spent $1,579.76 for four undisclosed purchases. And Environment and Climate Change Canada also purchased carbon offsets, at a cost of $4,238.62 based on an estimate of mileage for undisclosed trips.

Conservative MP Martin Shields wanted to know how much the government has spent on billboards since June 2018, and in response he received a much wider net of information: A breakdown of all advertising spending on what the government calls out-of-home advertising over $25,000 and excluding billboards on roadsides, project sites, or buildings.

This means that the total—$3.7 million—includes what was spent on mall posters, billboards, bus and shelter advertisements, and digital ads seen in public offices or at kiosks.

Among the biggest ad buys were $807,000 from Veterans Affairs Canada to promote their 2018 services nationally, and $433,000 from Health Canada as part of a larger national youth vaping prevention campaign.

As of January 2017 there have been 95 reports of bedbug or other insect infestations in government buildings in the National Capital Region. According to the response tabled in the House, Public Services and Procurement Canada had the most reported incidents of bedbugs, spiders or preventative inspections, spanning over nearly 30 different addresses in the city where the department is considered the "common service provider."