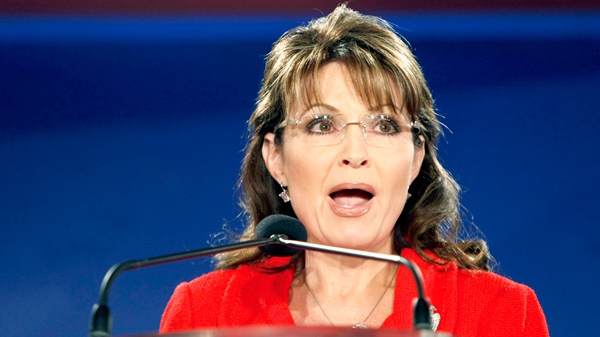 ANCHORAGE, Alaska - Ex-Alaska Gov. Sarah Palin has outraged some of her fans with an endorsement of former Hewlett-Packard executive Carly Fiorina in the GOP's U.S. Senate primary in California.

The former Republican vice presidential candidate made the endorsement on her Facebook page, saying Fiorina's experience running a major corporation is sorely lacking in Washington.

In the Thursday posting, Palin called Fiorina a "Commonsense Conservative" who has the potential to beat "liberal" Democratic Sen. Barbara Boxer in November.

Fiorina -- an adviser on the McCain-Palin ticket in 2008 -- got the endorsement over former congressman Tom Campbell, who is leading in most polls, and Chuck DeVore, a favorite of tea party supporters. But it's essentially a two-person race in a close match between Campbell and Fiorina, with DeVore far behind in the polls.

There is no "dislike" button on Facebook. But scores of the nearly 1,800 comments from Palin's 1.5 million-plus Facebook supporters — many among the tea party faithful — took the time to plead in Facebook comments for Palin to change her endorsement.

Some called Palin just another typical politician who was losing supporters, while others said they backed her choice and still admired her. Both sentiments also were posted on Palin's Facebook Wall.

Palin later posted an addendum, noting that "some reaction right out of the chute calls for more information."

She listed reasons for her support, including the endorsement of Fiorina by National Right to Life and the California Pro-Life Council.

"She is pro-life, pro-traditional marriage, pro-military and pro-strict border security and against amnesty," Palin wrote. "Carly is also a strong supporter of the Second Amendment. Like me, she is a member of the (National Rifle Association), has a 100 percent NRA rating, and she and her husband are gun owners."

In a debate taped Thursday to be broadcast Sunday, Campbell was the only one of the three GOP candidates to say the ability to buy a gun should be suspended if a citizen's name is placed on the airline "no-fly" list.

Fiorina and DeVore said the list is not dependable for making assessments about Second Amendment rights.

Jason Recher, a spokesman for Palin, said Friday that Palin respects the differing opinions but is sticking by her choice.

Dawn Wildman, whose San Diego-based Southern California Tax Revolt Coalition has about 2,000 members, said she has been fielding calls and emails from tea partiers who feel betrayed by Palin's endorsement.

"My first thought when I heard about the endorsement was, wow, I guess she doesn't plan to run in 2012," Wildman said.

Wildman said there was consensus among her fellow activists when it came to supporting DeVore.

"I think most of us see Palin as a company girl now, meaning the GOP," Wildman said. "For her to endorse Fiorina wasn't terribly shocking. I think what's more interesting is that Palin tries to suggest she aligns herself with the tea party movement but is clearly out of touch with what the tea party movement is saying in California."

In Fairbanks, Alaska, tea partier Rita Heidkamp said she has no personal position on the California endorsement. But it's Palin's choice to make, and no one else's, said Heidkamp, whose group -- the Fairbanks 912 Project -- organized a local tea party tax day rally.

"She should endorse whoever she thinks is the best candidate," Heidkamp said. "That's her right and her responsibility."