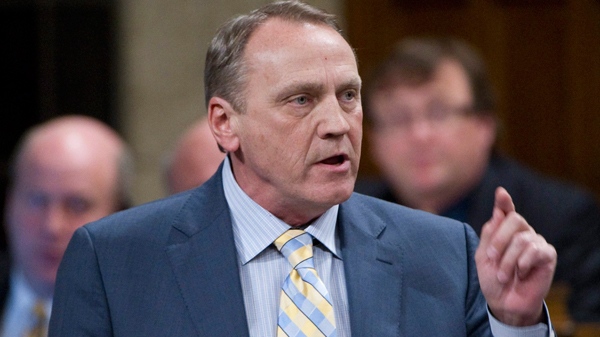 Minister of Indian Affairs and Northern Development and Federal Interlocutor for Metis and Non-Status Indians John Duncan answers a question during question period in the House Commons on Parliament in Ottawa Monday Feb. 14, 2011. (Sean Kilpatrick / THE CANADIAN PRESS)

OTTAWA - The Innu Nation and the federal government have taken another step towards an agreement in principle on land claims that would clear the way for development of the proposed Lower Churchill hydroelectric project in Labrador.

Indian Affairs Minister John Duncan says Ottawa has reached a financial agreement with the Innu, but no details are being released.

He says the federal government's offer is over and above the $2 million in annual payments outlined in an agreement the Innu signed with Newfoundland and Labrador more than a year ago.

Innu Grand Chief Joseph Riche says details of the federal deal will remain confidential until after a ratification vote, which will require 60 per cent majority approval.

A few other issues, such as the military's use of the area for low-level training flights, still need to be worked out before a final agreement can be reached.

Duncan says he's confident that any outstanding issues can be resolved over the next several weeks.