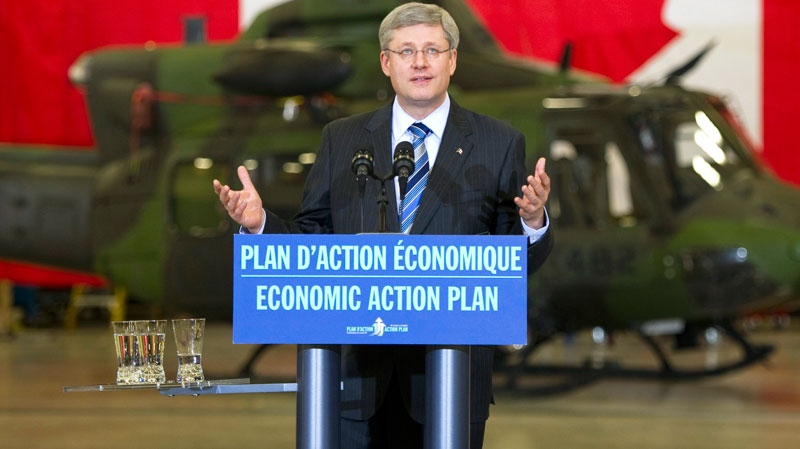 Prime Minister Stephen Harper speaks to employees during a visit to the Bell Textron plant in Mirabel, Que. on Friday, January 14, 2011. (Ryan Remiorz / THE CANADIAN PRESS)

The opposition is crying "hidden agenda" again after Prime Minister Stephen Harper mused in an interview that he favours the death penalty in certain situations.

"It was a bit of a curious answer," Layton told The Canadian Press Wednesday.

"What does that mean? Does that mean we're going to see a private member's bill instead of a government bill coming forward?"

In a CBC interview Tuesday, Harper said while he favours capital punishment he did not intend to put a bill before Parliament, even if he won a majority.

The Liberals responded by saying Harper's social views on issues such as the death penalty and abortion are being held in check by a minority government.

"I don't think Mr. Harper can be trusted on significant issues like abortion, capital punishment and for that matter, even gun control," Liberal MP David McGuinty said in a press conference Wednesday.

McGuinty dared Harper to bring the issue before Parliament.

"If Mr. Harper is genuinely in favour of capital punishment then he should say so and bring a bill to the floor of the House of Commons," he said.