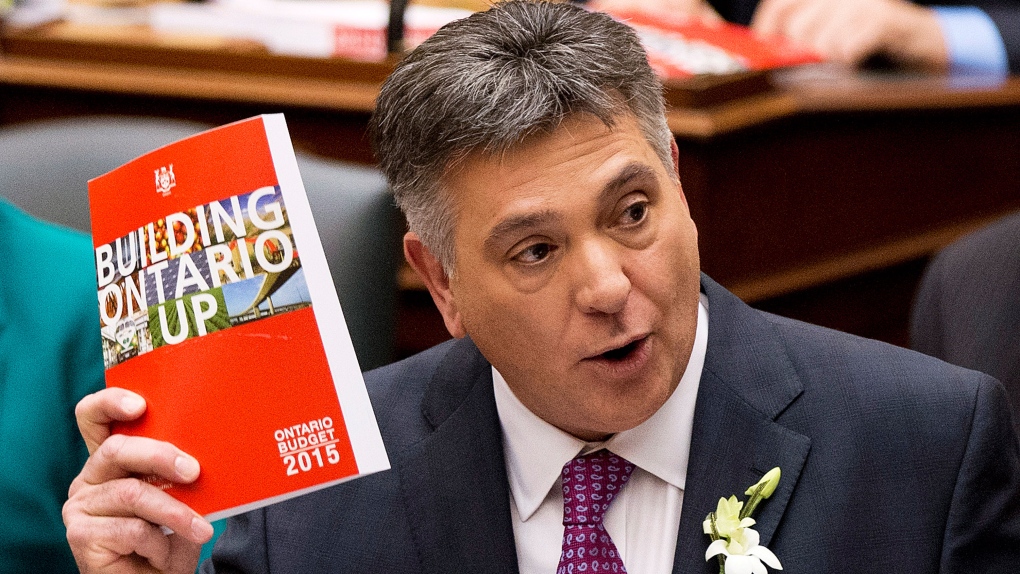 TORONTO -- Ontario's finance minister has rejected Opposition claims that he has already written the 2016 budget and that his public consultations on the fiscal plan are a sham and a farce.

Charles Sousa made a surprise public appearance Tuesday before the legislature's finance committee, which has been travelling the province holding pre-budget hearings, after at first insisting on a closed-door meeting with committee members.

The Progressive Conservatives and New Democrats both used their allotted time to lash out at Sousa over reports he plans to introduce the budget in early March, which they said means the government has already decided what will be in it and has no intention of listening to what the public wants.

"We all know it takes a long time to prepare and translate the budget, so frankly, that means this year's budget is most likely finished," PC MPP Julia Munro told Sousa.

"It is sad these costly hearings were a sham, simply an opportunity for the Liberals to make it appear they would listen to people across Ontario."

NDP finance critic Catherine Fife told Sousa she was concerned that he had already completed the budget even though people were still making presentations to the finance committee.

"It would be a shame if the budget were tabled before you incorporated the suggestions that the people of this province made in their submissions to this committee," she said.

But Sousa told the committee he was there to hear the feedback they had gathered from the public, and accused the Tories and NDP of playing partisan politics.

"I am here for the very purposes of trying to understand and hear from you the work that has been done," he said. "I haven't completed the budget. I mean we're in the process of proceeding to prepare it certainly."

Sousa declined to say exactly when he plans to introduce the provincial budget -- last year's was tabled near the end of April -- but said it would include feedback from the consultations that his ministry has held as well as the committee's findings.

"Keep in mind a lot of the work you're doing has already been forwarded," he told the committee. "The fact of the matter is I am here, and I thought it appropriate for us to have this dialogue. This hasn't happened in over 12 years."

The idea of selling beer in grocery stores came from last year's pre-budget hearings, and the government followed through on the idea in December, added Sousa.

But the Tories said beer was raised by just five presenters in last year's pre-budget consultations, and insisted the idea of expanding sales to grocery stores came after the government's secret deal with The Beer Store was exposed in December 2014.

In its 2016 pre-budget presentation, the Ontario Public Service Employees Union pointed out that Sousa has already rejected two of the most frequently submitted ideas in the government's online budget consultations: end public funding of Catholic schools and stop the sale of Hydro One.

"We'll see what we get this time around," Sousa said. "There have been a number of them, some a bit more eclectic than others, but that's OK because we want people to be engaged."