Nicaragua could give Gadhafi asylum if he requests it 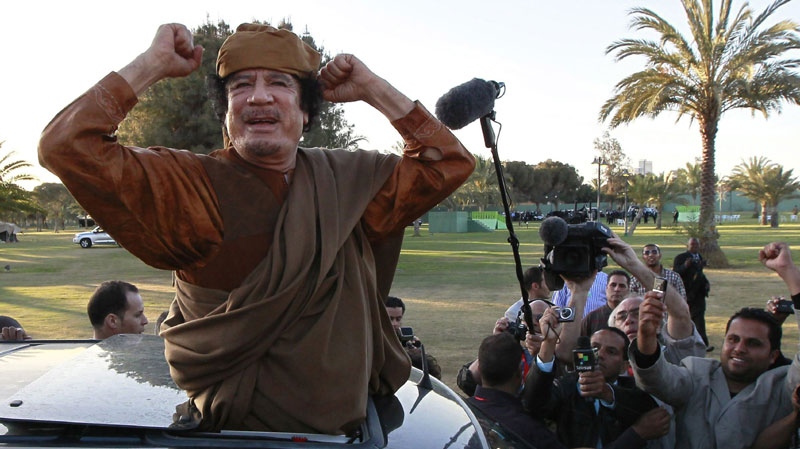 MANAGUA, Nicaragua - An adviser to Nicaraguan President Daniel Ortega said Tuesday that his government would consider giving asylum to Libya's Moammar Gadhafi if he asked for it, but acknowledged it would be difficult to arrange.

Asked whether Nicaragua would offer Gadhafi asylum, economic adviser Bayardo Arce said he didn't know how Gadhafi could even get to this Central American nation, whose government has been a strong ally of the Libyan leader.

"I do not know how Gadhafi could get here from Libya, because we do not have an embassy in Libya," Arce told Channel 63 television.

But Arce said "if someone asks us for asylum, we would have to consider it positively, because our people got asylum when the Somoza dictatorship was killing us," Arce said, referring to the 1979 uprising that overthrew dictator Anastasio Somoza.

Ortega made a public speech Tuesday but did not mention Gadhafi.

Rebels overran Gadhafi's command compound in Tripoli on Tuesday, but his whereabouts are unknown.

The leftist governments of Nicaragua, Cuba, Venezuela and Bolivia are staunch allies of Gadhafi and have criticized the military intervention by U.S. and European air forces.

In late February, after Gadhafi's government began cracking down on the uprising, Ortega said he had telephoned the Libyan leader to express his solidarity.

Ortega said at the time that Gadhafi "is again waging a great battle" to defend the unity of his nation.