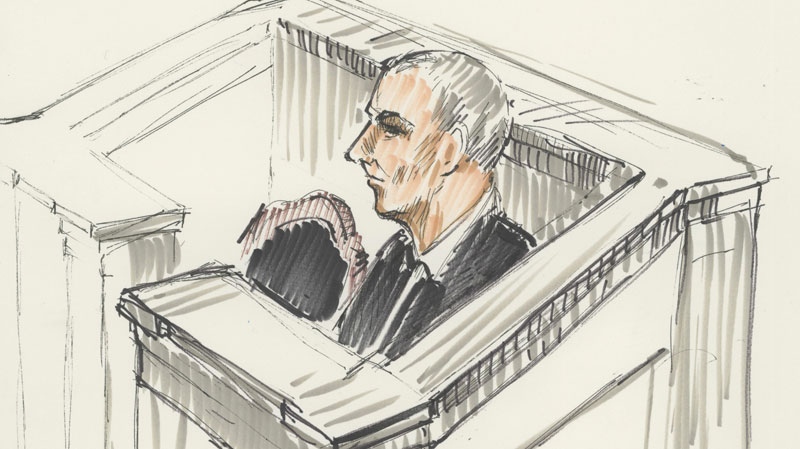 OTTAWA - Canadians seeking a criminal record suspension under a new, more expensive pardon system could wait two years or more for their application to be processed -- only to find out they've been rejected.

Details published by the government this week show that along with the new $631 fee -- justified by the need "to efficiently and effectively deliver pardon services" -- the Parole Board of Canada anticipates longer processing times.

The bureaucratic delays will come on top of dramatic extensions in the ineligibility period for pardon applicants contained in the Conservative government's proposed omnibus crime bill currently before the Senate.

The changes are all part of sweeping reforms sparked after The Canadian Press revealed in 2010 that former hockey coach Graham James, a repeat sex offender, had been quietly issued a routine pardon. James has since been convicted of more sex offences.

Parliament quickly agreed in June 2010 to ensure no pardon is granted that would bring the "administration of justice into disrepute" -- meaning more intensive and time-consuming scrutiny of applications.

Since then, the government has proposed that those convicted of serious sexual offences such as James are ineligible to ever receive a pardon.

For those who are eligible, newly published regulations lay out fresh standards for processing times now that pardon application fees have quadrupled to $631 from $150.

Before the 2010 changes, the informal service targets were three months for a summary offence, six months for an indictable offence, and 12 months for applications in which the board was ultimately proposing to deny a pardon.

The new processing standards are six months for summary and lesser indictable offences, a year for serious offences involving personal injury and some sex offences, and two years for applications resulting in denial.

Critics say the government fell short with the new timelines.

"The bottom line was the Parole Board was essentially proposing to do half as many pardons, to cost four times the amount they were (previously) charging, and to take up to four times longer to complete them," said Ainsley Muller, a spokesman for Vancouver-based Express Pardons, a private firm that helps applicants prepare their pardon forms.

"It made absolutely no sense. It was a whole head-scratcher right from day one."

And there's a catch.

The standards kick in and the fee is levied "when it is determined that the application is complete and the applicant is eligible," says the Canada Gazette.

"I don't want to say sneaky -- but it really is," said Muller, who claims professionally prepared pardon applications are currently taking about six months to be determined eligible for processing by the Parole Board.

The board, in an email, says otherwise, stating that for properly prepared applications "the average time to acceptance is a few days to one week."

The Parole Board confirmed that this initial vetting process -- before the application is deemed accepted -- includes doing a police record check.

Muller hopes the board can make good on its claim, but said his firm hasn't seen a single, one-week application turn-around since changes were first made to the pardon regime in June 2010. The quickest acceptance he's seen is one month.

Muller and others in his industry want to persuade Ottawa to certify private pardon companies so that applications they forward to the Parole Board are treated as complete and ready to be assessed upon arrival.

As it is, for a fee, private companies typically spend six months to a year ensuring an application is complete before it is submitted, only to have the Parole Board "do exactly the same thing," he said.

The sum total of all the changes to the pardon system mean that someone convicted of an indictable offence may have to wait 12 years or more -- after their sentence is completed -- to find out whether they've been accepted for a criminal record suspension.

Even so, the Canada Gazette states: "The granting of pardons plays an important role in the reintegration into society of individuals with criminal records and as such contributes to the fair and ethical treatment of these Canadians while also ensuring the safety of the general public is maintained."