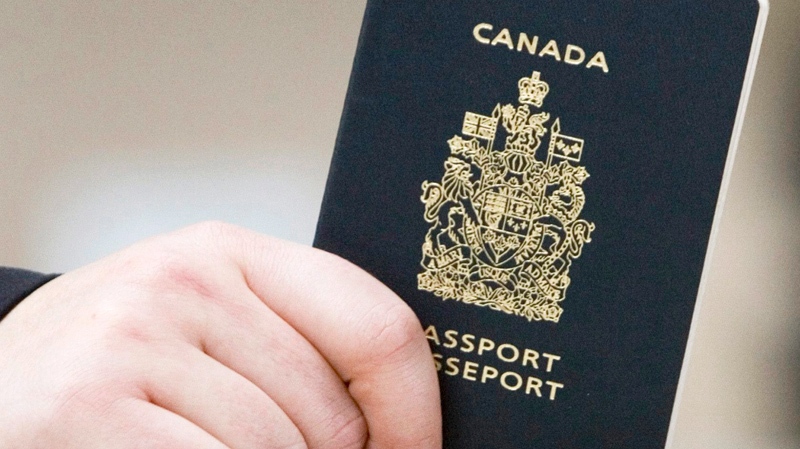 A passenger holds his Canadian passport before boarding a flight in Ottawa, Ont. on Jan 23, 2007. (Tom Hanson/The Canadian Press)

OTTAWA - The New Democrats say a spike in the lineup of people wanting to immigrate to Canada raises questions about the Harper government's immigration policies.

Federal officials confirm the list of immigration applications waiting to be processed is now more than a million names long.

Immigration Minister Jason Kenney has made tackling the backlog a priority.

But New Democrat MP Don Davies says Ottawa has cut back on the overall number of immigrants allowed into Canada this year.

He notes Kenney has said that any labour force growth will need to be completely supplied by immigration within five years.

But Davies says it doesn't appear the government is responding to its own projections.

Kenney's officials counter that immigration is as high in Canada now as it ever was.

They contend that a spike in immigrants last year skewed the numbers.