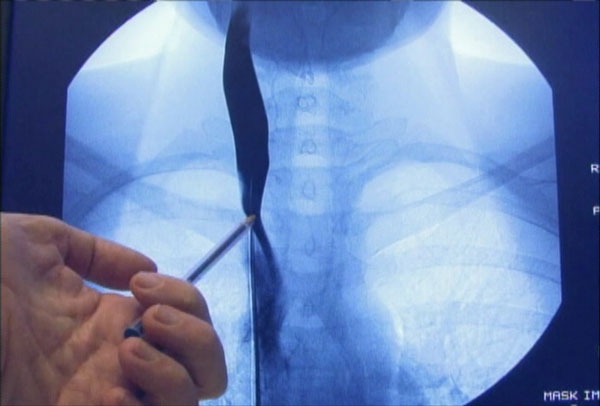 MS patients are relieved after the federal government announced it will fund clinical trials of liberation treatment.

REGINA - The first province to pledge clinical trials of a controversial treatment for multiple sclerosis says there's been "a setback."

Saskatchewan Health Minister Don McMorris said Wednesday that one proposal was received to test liberation therapy, which involves widening veins in the neck to improve blood flow from the brain.

But McMorris said the proposal didn't meet criteria set by an expert panel from the Saskatchewan Health Research Foundation.

"The understanding I have is that it didn't meet some of the protocols that were set out by the expert panel. In other words, there are some pieces lacking within the research proposal," said McMorris.

The Saskatchewan government said last October that it was going it alone after other provinces and the federal government showed reluctance to do trials without more preliminary research. Saskatchewan pledged $5 million and issued a call for proposals.

In April, the Manitoba government ponied up $5 million to partner with Saskatchewan.

The actual start of clinical trials was to depend upon the successful research team's plan and timeline.

The health research foundation said on its website that the goal was to have a process in place for proceeding with clinical trials by the spring of 2011. But there was no word on how things were going until McMorris said Wednesday that the lone proposal had been rejected.

Foundation CEO June Bold said the panel saw a lot of merit in the proposal, but there wasn't enough evidence to move forward. Early stage studies need to be done, she said.

"The funding was very much targeted towards a large clinical trial, so that's what we were asking for," said Bold.

"I guess as the whole process unfolded, we just all learned a lot more about this very complex issue. So it came clear to us that some of the early stage work that needs to be done is very important -- and some of it's already underway -- and it's very important to allow the researchers to move along that path and design that really great quality large trial."

Bold said the goal remains to get to the large clinical trial stage, but she couldn't say when that might happen.

"We want to make sure there's good science, good process so that we can have good results because it's very important to patients."

News of the setback in Saskatchewan came as Ottawa said it plans to fund a clinical trial.

Federal Health Minister Leona Aglukkaq announced the move Wednesday in spite of recent studies that have cast doubt on narrowed neck veins as the primary cause of the debilitating illness. She said a scientific working group established by the federal government last August has unanimously agreed that a preliminary clinical trial into a controversial vein-widening procedure should proceed.

The Canadian Institutes of Health Research said it's hoped the preliminary trials will begin early in 2012. But the CIHR conceded it could take years before determining whether liberation therapy works and should be widely available in Canada.

McMorris isn't ruling out the possibility of trials in Saskatchewan, but he couldn't say when they might start. He said the province is interested in working with the federal government on a plan.

"We are looking at how we can have Saskatchewan residents part of (a) clinical trial, whether it's a made here in Saskatchewan, only in Saskatchewan, or more of a pan-Canadian study. Whichever the case may be, we are here with money, have been ... for the last eight months, talking about this, trying to move the agenda along."

Canada has a very high incidence of multiple sclerosis and on a per capita basis the largest number of people with the disease live in Atlantic Canada and the Prairies. Many Canadians have been travelling abroad to have the treatment performed.

McMorris said people with the disease will have to be patient.

"This is about not just doing the procedure quickly, but making sure the science is behind it so that it's based in science, so that it stands up to the rigours of scrutiny. That is by far the most important," said McMorris.

"I would say to people that are anxious, we want this to happen as quickly as it possibly can but only if it's based in science."