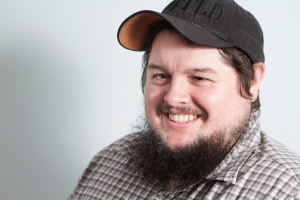 Anthony Vasquez-Peddie joined the CTV News digital team in Toronto as a freelance writer in July 2021. He started his career in 2008 working as a national online editor for Sun Media, working his way up to online sports editor and eventually senior national online news editor. He has been a member of numerous special teams covering events such as the Olympics and World Cup. He's also been at the helm, navigating digital teams during elections and breaking news.

In 2015, he left journalism to start a new life as a travelling freelance writer and editor as well as being an English teacher. He spent a number of years touring Europe and Latin America while contributing to multinational digital marketing campaigns and other projects before he was bitten by the journalism bug again and decided to come home.

Anthony is a graduate of Humber College's Journalism (Print and Broadcast) Program, where he was part of a team that won two College Media Association David L. Adams Apple Awards for Best Radio Broadcast and Best Television Broadcast in 2008.

He speaks English and a bit of French and Spanish.