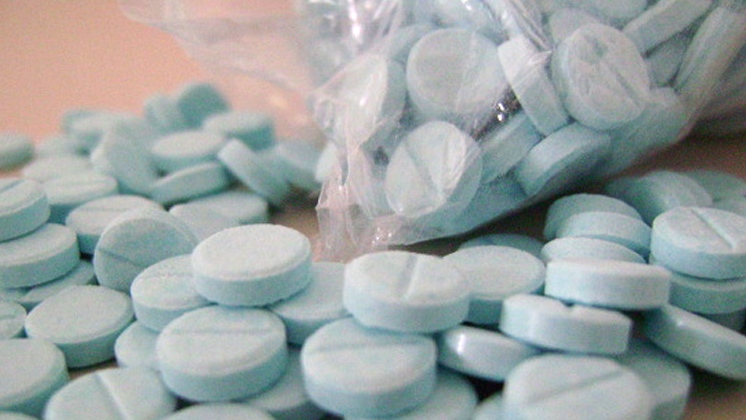 TORONTO - The number of young children being poisoned after inadvertently ingesting over-the-counter or prescription medications has risen dramatically in recent years, say U.S. researchers, and that trend is likely being mirrored in Canada.

A study by the Cincinnati Children's Hospital Medical Center found that visits to U.S. emergency departments due to medication poisonings of children five and under rose 28 per cent between 2001 and 2008 -- and 95 per cent were due to kids getting into the drugs on their own.

"The problem of pediatric medication poisoning is getting worse, not better," said principal investigator Dr. Randall Bond, an emergency medicine physician at the hospital. "More children are exposed, more are seen in emergency departments, more are admitted to hospitals and more are harmed each year."

Bond found that exposure to prescription drugs in the study of more than 453,000 children accounted for most of the emergency visits (55 per cent), admissions (76 per cent) and significant harm (71 per cent). In all, 66 of the children who got a toxic medication dose died.

The most common medicines gobbled by youngsters were opioid pain killers such as oxycodone, sleep-aids or sedatives like Valium or Ativan, and such cardiovascular drugs as beta-blockers, say the researchers, whose paper is published Friday in the Journal of Pediatrics.

Bond, who is also medical director of the Cincinnati Drug and Poison Information Center, said one reason more young children are being treated for drug poisoning is that the percentage of adults taking prescription drugs and the percentage taking more than five medications have both gone up significantly.

"Unfortunately, the number of poison visits to emergency departments are above those for children in car accidents."

Bond said prescription medications often come in doses that allow a person to take just one pill a day, so they may contain more than enough drug to seriously harm a child.

Older children in the home may also be taking medications -- for attention deficit hyperactivity disorder or obesity-related diabetes or elevated blood pressure -- and that can increase the chance of younger siblings getting access to toxic drugs, he said.

Dr. David Juurlink, a medical toxicologist at Sunnybrook Health Sciences Centre in Toronto, said there is no agency in Canada that keeps track of national medication poisonings among children, but there's no reason to think the upward trend differs from the U.S. experience.

People often leave their pills out for the day and may put different drugs in one container for easy access. Juurlink advised against that practice, saying medications should be kept out of sight and locked up if possible.

"Leaving them in the bathroom or on the kitchen counter is a very bad idea, and particularly loose, because there are many drugs where even a single tablet can kill a small child or make them very sick at a minimum."

Pam Fuselli, executive director of Safe Kids Canada, agreed, adding that visitors who may have medications in a bag or purse should not leave them on the floor and should make sure they are zipped tight.

Young children like to explore, it's part of their development, she said. "That's how kids learn, and they put things in their mouths, especially the younger ones.

"I think that a lot of people figured that once the child-resistant caps had come out, 'We've done with poisoning, we've addressed that issue.' ... It's obvious that there's more still to be done."

While vigilance in the home is the first line of defence against accidental poisoning, Bond said the pharmaceutical industry could also help by changing packaging.

"We need to improve storage devices and child-resistant closures and perhaps require mechanical barriers, such as blister packs," he said.

"We may change the packaging to make it harder to get into the medicine, or so more of them are in blister packs. So the children, if they really want to fight for it, they'll get one (pill) instead of three or five."

Juurlink said pharmaceutical companies should also avoid making their products attractive to young children who have the dexterity to put pills in their mouths while not understanding their potential danger.

"There are some drugs that actually look like candy," he said. "A notorious one are the iron products ... they're typically little reddish or greenish tablets that don't look a whole lot different really than Smarties or M&M's."

Some adult medications, among them a potent blood pressure and heart drug called verapamil, are sugar-coated.

"This is one of the most dangerous pharmaceuticals out there, it's very commonly used," Juurlink said. "There is no reason to cover a pill with sugar, especially when it's a pill that one or two tablets could kill a child.

"So the message for industry is stop making pills that look or taste like candy."