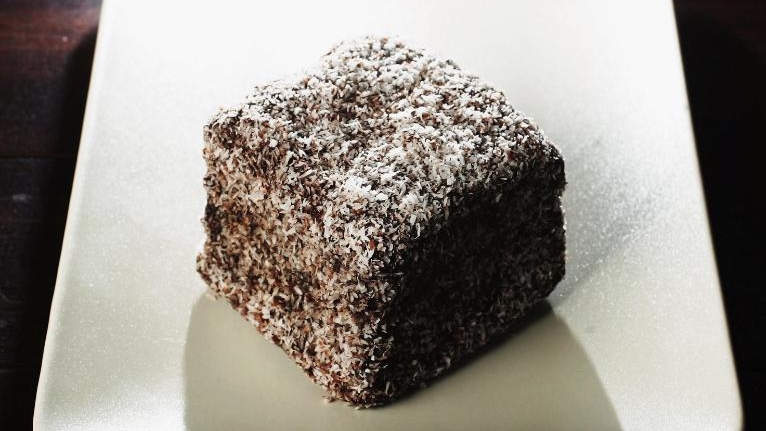 A lamington, the national cake of Australia, is a sponge cake dipped in chocolate and coated in desiccated coconut. (Ian Waldie/Getty Images/CNN)

A woman has choked to death on a lamington -- Australia's national cake -- during an eating competition to celebrate the country's national day.

The 60-year-old was taking part in a lamington and pie eating competition in the coastal city of Hervey Bay, in the state of Queensland, according to CNN affiliate Nine News.

The event took place at the Beach House Hotel on Sunday to mark Australia Day -- a public holiday typically celebrated with parades, fireworks and food festivals around the country.

Videos taken by witnesses show the hotel bar packed with people, cheering on contestants seated at a long table covered with plates of food and glasses of water.

The woman had been eating a lamington -- a type of sponge cake coated with chocolate and coconut -- when she had a seizure and choked, Nine News reported.

The bar's security guard and staff rushed over and performed CPR until paramedics arrived to take her to Hervey Bay Hospital, where she later died.

"The management and staff of the Beach House Hotel offer our deepest condolences to the friends and family of one of our patrons following the tragic event at our venue on Australia Day," the hotel said in a statement posted on Facebook Monday.

It added that hotel staff were receiving "professional support," and thanked patrons and emergency responders.

Australia Day marks the date Britain's First Fleet sailed into Sydney Harbor in 1788, beginning the European colonization which led to the modern nation of Australia.

Some see it as a day to celebrate Australian culture and lifestyle -- but indigenous communities see the date as the beginning of the deliberate destruction of their people and culture at the hands of colonists.

The controversy over the holiday has heated up year after year, with some saying a more appropriate name would be "Invasion Day" or "Arrival Day."