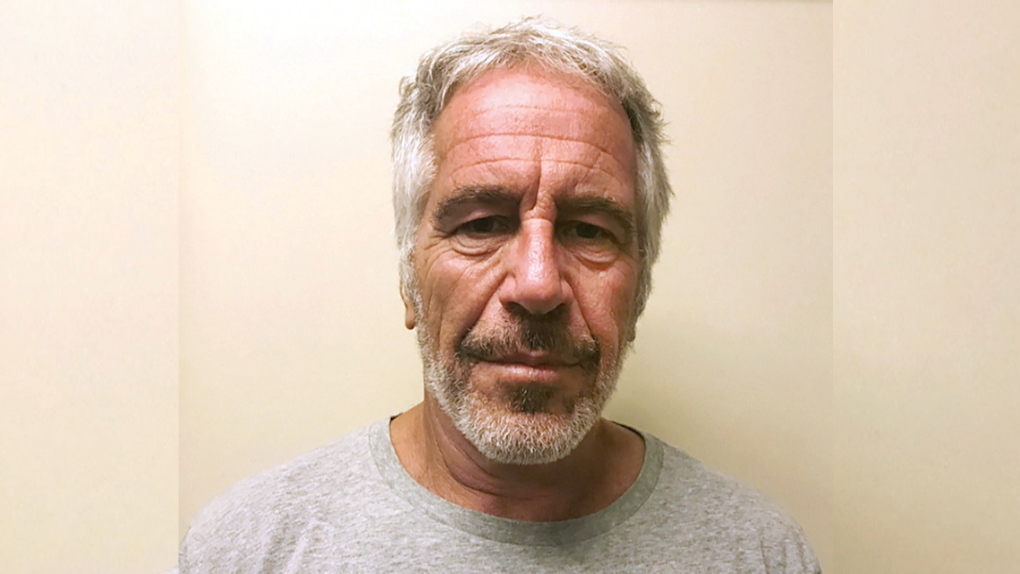 WASHINGTON -- For years, the federal Bureau of Prisons has been plagued by systematic failures, from massive staffing shortages to chronic violence. But the largest agency in the Justice Department has largely stayed out of the public view.

The death of wealthy financier Jeffrey Epstein and the revelation that he was able to kill himself while behind bars at one of the most secure jails in America has cast a spotlight on the agency, which has also been besieged by serious misconduct in recent years.

The issues at the Bureau of Prisons took centre stage Tuesday as the agency's new director appeared before the Senate Judiciary Committee.

Staffing shortages at the agency -- it employs more than 35,000 people and has an annual budget that exceeds $7 billion -- are so severe that guards often work overtime day after day or are forced to work mandatory double shifts. Violence leads to regular lockdowns at federal prison compounds across the U.S. And a congressional report released earlier this year found "bad behaviour is ignored or covered up on a regular basis."

At the same time, the Bureau of Prisons will be responsible for carrying out the first federal executions in more than 15 years, the first of which is scheduled for Dec. 9.

Dr. Kathleen Hawk Sawyer's appearance before Congress came at the same time federal prosecutors in New York announced charges against two correctional officers who were responsible for guarding Epstein when he took his own life in August at the Metropolitan Correctional Center in Manhattan. The city's medical examiner ruled Epstein's death a suicide.

The officers were charged with falsifying prison records to conceal they were sleeping and browsing the internet during the hours they were supposed to be keeping a close watch on prisoners.

Hawk Sawyer, who was also director from 1992 until 2003, said the agency has been "challenged significantly" because of budget reductions. But since being named director in late August, she's put a "great emphasis on filling vacancies," along with training employees and ensuring there's a "re-commitment to sound correctional practice," she said.

The falsification of records has been a problem throughout the federal prison system. Union officials have long argued that the reduction of staff is putting both guards and inmates in danger, but they've faced an uphill battle as society seems to turn a blind eye.

Hawk Sawyer sent a memo to senior prison system officials that detailed how a review at facilities across the U.S. had found some staff members failed to perform required rounds and inmate counts but logged that they had done so anyway. Officials have identified "a few" instances of guards who may have been sleeping and failed to conduct the required checks on inmates, she said, vowing to refer those cases to prosecutors for criminal punishment.

"We have found a couple of other instances," she said. "We don't want those people in the Bureau of Prisons. We do have some, I know, out there who chose not to follow policy and we want them gone."

Across the board, the Bureau of Prisons has been down 4,000 jobs since 2017. Some officers are forced to work so much overtime that they skip going home between shift and sleep in their cars instead.

An Associated Press analysis of federal staffing found a sharp decline in correctional officers across the U.S. in the first two years of the Trump administration.

Between December 2016 and September 2018 -- the date of the most recent data available from the federal Office of Personnel Management -- the number of correctional officers fell more than 11%, from 19,082 to 16,898. That decline reversed a longtime trend. Before President Donald Trump took office, the number of federal correctional officers had continuously increased: there were 12.5% more officers at the end of 2016 compared to the beginning of 2012.

And while union officials have been sounding the alarm about the chronic understaffing, the system allows for the use of excessive overtime. There's nothing stopping guards who work multiple shifts per day and the staffing levels have reached a point where officers at some facilities, like the jail where Epstein took his own life, work mandatory overtime nearly every week.

"Some people just call in sick because they're afraid to get mandated. Because they're tired. They're exhausted. When you work so many hours you're not going to be alert," said Jose Rojas, a leader in the correctional officers' union.

Both officers who were guarding Epstein were working overtime because of staffing shortages. One of the guards, who did not primarily work as a correctional officer, was working a fifth straight day of overtime. The other guard was working mandatory overtime, meaning a second eight-hour shift of the day.

The decline in officer numbers reflects a larger personnel loss in the Bureau of Prisons, which saw its overall workforce decline roughly 10 per cent from the start of 2017 to late 2018, to 35,000 employees.

The AP analysis found that the Bureau of Prisons in 2017 and 2018 simply hadn't hired enough new correctional officers to replace departing or retiring employees. Staffing numbers fell the most among people with less than two years' experience, indicating few new employees were brought on after Trump took office.

By early 2018, there were only about 300 Bureau of Prisons correctional officers with less than a year of experience -- compared with more than 2,200 employees with a year or less of experience in early 2017. In the three years' preceding Trump's presidency, the agency had an average of more than 2,000 of these rookie employees at any given time.

Figures from September 2018 showed the bureau had slightly ramped up some hiring and had 500 employees with less than a year of experience, but still had a long way to go to meet pre-Trump numbers.

Union officials have tried repeatedly to sound the alarm about the staffing crisis, meeting with lawmakers and even putting up billboards near a federal prison complex in Florida last year with a picture of a coffin and the message: "Budget cuts lead to deaths in federal prisons."

Aside from the chronic staffing issues, the agency has been plagued by violence for years.

In one of the most public cases, Boston mobster James "Whitey" Bulger was killed at a federal prison in West Virginia in October 2018, despite warnings from advocates, lawmakers and prison guards about dangerous conditions there. But even after the death of Bulger, one of the most notorious crime figures in American history, the public and lawmakers seemed uninterested.

In March, Hugh Hurwitz, then the director of the Bureau of Prisons, was summoned to Capitol Hill to testify about the management of the federal prison system. The hearing was sparsely attended and just one Democrat showed up.

Hurwitz had led the agency for about 15 months and was appointed as the acting director after Mark Inch, a former major general who oversaw the Army's correctional system, abruptly resigned in May 2018.