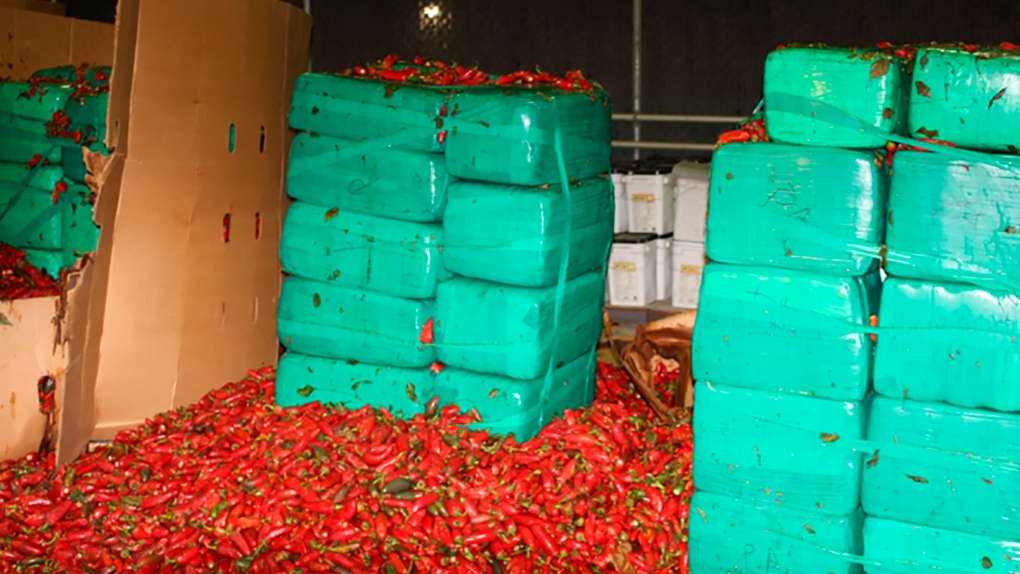 SAN DIEGO -- Officials say they seized US$2.3 million worth of marijuana mixed in with a shipment of jalapeno peppers at a Southern California port.

A Customs and Border Protection K-9 unit alerted officers to a shipment of peppers Thursday at the Otay Mesa cargo facility in San Diego.

A CBP news release says officers discovered more than 3,401 kilograms of marijuana in the peppers' pallets.

Acting CBP Commissioner Mark Morgan congratulated the officers on Twitter and noted it was the second large seizure of marijuana there within days.

Authorities seized more than 4,808 kilograms of marijuana in a shipment of plastic auto parts at the port Tuesday.