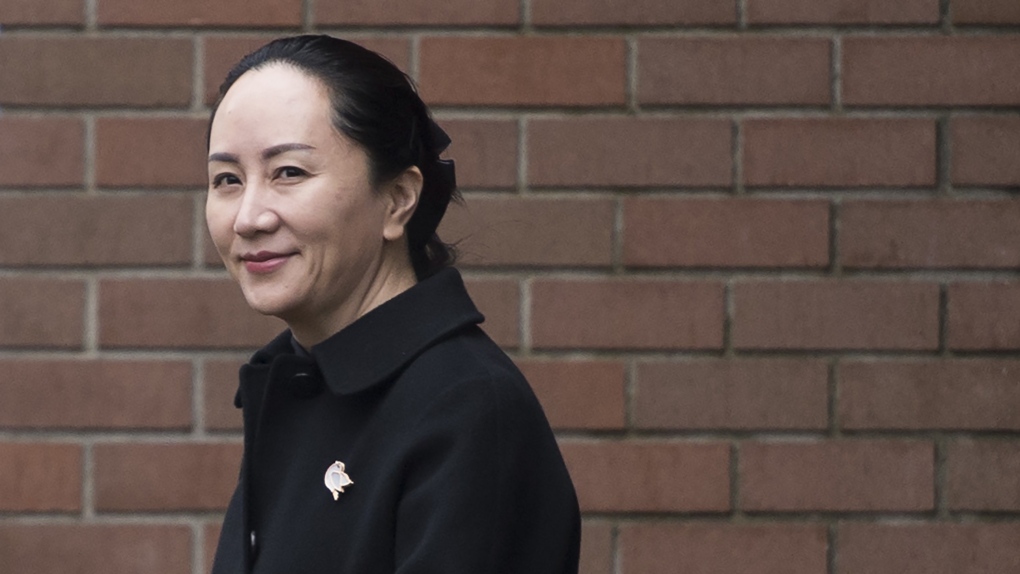 Lawyers for a Huawei executive facing possible extradition to the United States are disputing the Canadian government's claim that it can't release some documents in the case because it would compromise national security. (Photo: The Canadian Press/Jonathan Hayward)

VANCOUVER -- A former adviser to the U.S. State Department says the American government omitted key statements by Huawei executive Meng Wanzhou in order to support its extradition case against her.

The U.S. used a presentation Meng made to HSBC in 2013 to allege that she lied about Huawei's relationship to Skycom, putting the bank at risk of breaking American sanctions against Iran.

An affidavit filed in B.C. Supreme Court by Meng's lawyers from John Bellinger, a lawyer who advised the administration of former president George W. Bush, says the U.S. left out that Meng clearly told the bank that Huawei worked with Skycom in Iran.

The presentation Meng gave to HSBC, which was also filed with the court, says Huawei's engagement with Skycom is a normal business co-operation.

Meng was arrested at Vancouver's airport in 2018 on a request from the United States where she's accused of bank and wire fraud, which she has denied.

Bellinger says HSBC knew all it needed to know to limit its exposure to liability over the Iran sanctions and Meng's statements during the presentation reinforced that because she clearly said Skycom operates in Iran.

He says the assertion that Meng's alleged misrepresentation would have put the bank in legal jeopardy isn't supported by past U.S. government practice.

"Even if Ms. Meng misled the bank in some material way, I am not aware of any case in which the U.S. government has imposed civil or criminal penalties on a bank or other party for engaging in prohibited transactions as a result of having been intentionally deceived by a third party," his affidavit says.

The arrest has led to deteriorating relations between Canada and China. The Chinese government sees the arrest as a political manoeuvre by the United States.

Bellinger says the U.S. record of the case for prosecution doesn't mention that Meng clearly stated in the presentation to the bank that Huawei worked with Skycom in Iran.

"As a business partner of Huawei, Skycom works with Huawei in sales and services in Iran," he quotes Meng as saying in her presentation.

The U.S. government alleges that Meng committed fraud by misleading HSBC about the extent of Huawei's relationship with Skycom, not about the fact that Skycom or Huawei had a relationship or that they had operations in Iran, he says.

He says the bank was processing Skycom payments through the United States for three years before the 2013 meeting.

"HSBC was apparently aware prior to August 2013 that Skycom was operating in Iran."

Bellinger says there's no "legally relevant" connection between the alleged lies by Meng and the alleged Iran sanction violations by HSBC.