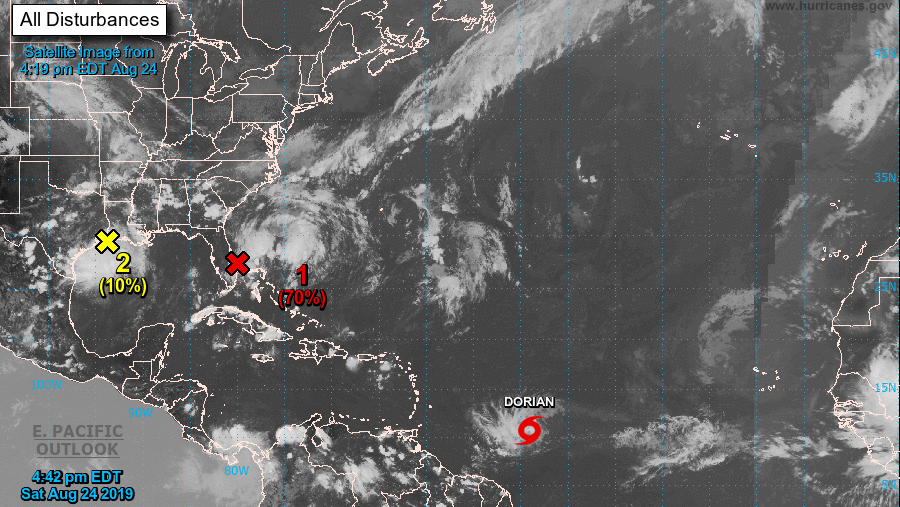 The U.S. National Hurricane Center released this image of Tropical Storm Dorian stating it could strengthen to a hurricane by Wednesday.

MIAMI -- A newly formed tropical depression has strengthened into the fourth tropical storm of this year's Atlantic hurricane season.

Dennis Feltgen of the hurricane centre said that it's too early to tell exactly what path the storm will take. Residents of the central and northern Lesser Antilles should monitor the storm's progress.

No watches or warnings have been issued.