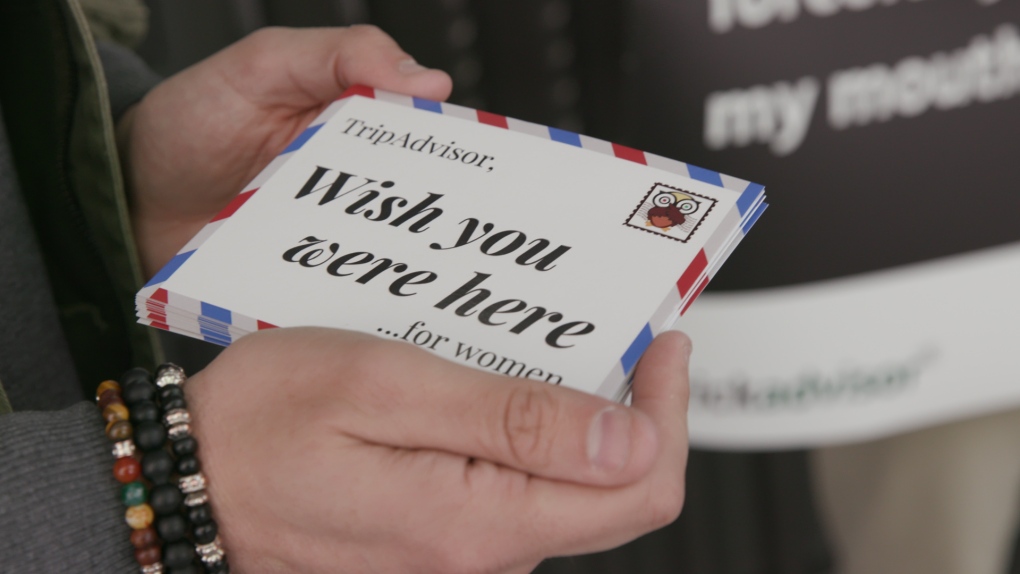 A handout from a recent protest outsideTripAdvisor headquarters in New York City. (Chane.org)

TripAdvisor has changed its employee policy and parts of its web platform following an online petition calling on the company to make it easier for users to find reviews that flag reports of sexual assault and safety concerns.

Back in March, an anonymous woman known as “K.K.” began a petition on Change.org in which she said she was raped while on an outdoor excursion with a tour guide who had several positive reviews on TripAdvisor.

K.K. added that when she complained to TripAdvisor about her experience, she was told to write a one-star review about the tour guide.

“Not only was this solution woefully inadequate to warn other tourists -- my one-star review would quickly get lost among minor complaints about the guide -- but it required me to relive the painful details of my assault and out myself publicly in a place where my assailant could likely find me,” K.K. wrote in the petition.

TripAdvisor is the world’s largest travel website, with more than 456 million users visiting the site monthly for recommendations and bookings.

K.K.’s petition has since gathered more than 690,000 signatures and sparked a protest outside TripAdvisor headquarters in New York City.

In response, the company announced in May changes to its platform which include a filter to allow people to more easily check more than 1,100 reviews involving details of sexual assault, but K.K. wanted further action.

“At this point, I didn’t feel like my concerns were fully addressed,” she wrote in a news release. “I asked TripAdvisor to consider a hotline or something similar for survivors who don’t want to be retraumatized or risk their safety by writing a first-person review.”

On Tuesday, TripAdvisor announced further changes which include sexual assault survivor awareness training for employees and a FAQ page with tips for those wishing to create an anonymous profile on the site.

“This petition showed TripAdvisor that people were invested in a better, safer version of their site,” K.K. wrote. “Now TripAdvisor is helping to give people the information and freedom they deserve to travel the world without taking unnecessary risks."

In a statement on Thursday, TripAdvisor said “more work still needs to be done” to ensure safety for travellers.
“We assure you that these enhancements to our product, training and policies are just the beginning,” the company wrote. “Our goal is to empower all travellers with relevant information that keeps them travelling, including adding helpful travel safety tips about businesses and neighborhoods.”