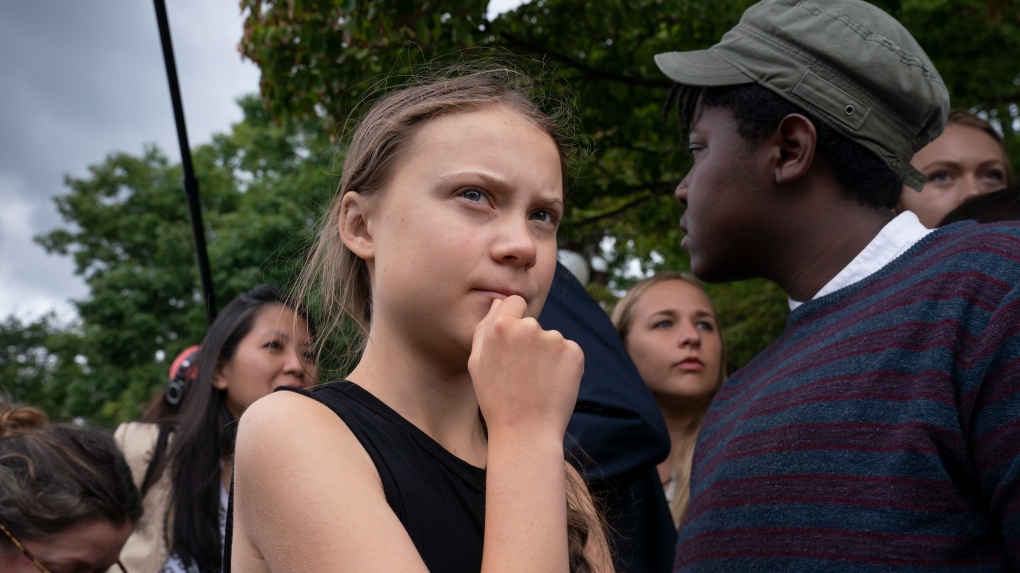 Swedish activist Greta Thunberg at a news conference at the Capitol in Washington, on Sept. 17, 2019. (J. Scott Applewhite/ AP)

WASHINGTON - Members of Congress are hailing Swedish teenager Greta Thunberg as a "superpower" for her work to spark a worldwide, youth-driven push to fight climate change.

But Thunberg is not impressed.

At a Senate forum Tuesday, the 16-year-old told lawmakers to "save your praise," saying she and other youth activists "don't want it," especially if officials intend talk about climate change "without doing anything about it."

Thunberg and other activists swarmed the Capitol ahead of a global climate strike set for Friday. They are calling for immediate action from the world's governments to halt global warming, reduce fossil fuel consumption and avert environmental catastrophe.

Thunberg told senators, "I know you're trying, but just not hard enough."