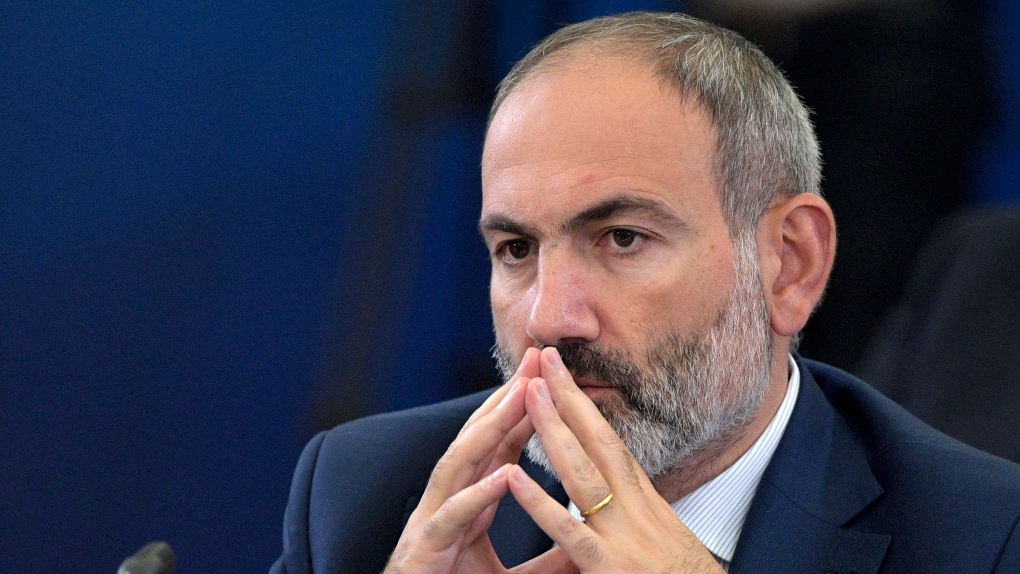 TORONTO -- After testing positive for COVID-19, the Armenian prime minister has launched a makeshift snitch line and called upon citizens to take pictures of pandemic rule breakers.

In Facebook posts on Tuesday and Wednesday, Prime Minister Nikol Pashinyan wrote that he was “searching for the guilty” and asked people to share photos of violators, specifying the location and time of the incident.

“Dear compatriots, please videotape and photograph obvious events in violation against the rules of anti-epidemic measures and send them to my Facebook page here, stating with as much accuracy as possible the location, time and individuals and legal entities relating to the event,” he wrote online, according to a translation.

Since the request, Pashinyan has been sharing images of crowds, calling the gatherings shameful and embarrassing. He has also shared images of people respecting measures and gathering outside businesses where markers have been placed on the ground to allow for physical distancing.

The new approach comes a day after Pashinyan disclosed that he and his family tested positive for COVID-19 and nearly one month after the country lifted a state of emergency that had been in place since March. The number of confirmed cases have increased dramatically since stay-at-home orders were eased in the country last month. There are now more than 10,500 cases and at least 170 deaths in a country of about 3 million people.

Public shaming of rule violators has been a common occurrence in many countries during the pandemic. Early in the global crisis, videos of New Yorkers leaning out apartment windows to berate passersby for leaving their homes were widely shared. Last month in Toronto, social media lit up with outcry over thousands of revellers who visited a popular downtown park. Prime Minister Justin Trudeau, federal health officials and other politicians also denounced the gatherings.

Generally speaking, public shaming has been found to be motivating in certain situations, said Hilary Bergsieker, an associate professor of psychology at the University of Waterloo.

“So long as the shaming is perceived to be legitimate, people see it as a reasonable way to police behaviour,” she said in a phone interview, citing polling data that found that some millennials accept a degree of online shaming as long as it is not perceived as cyberbullying.

There has also been some research done in the U.S. that showed being shamed was a more powerful motivator than pride. The research, published in the journal Political Behavior in 2010, found that the threat of being named in a newspaper as a non-voter was more motivating for elections than the prospect of being named as a voter.

But the effectiveness of shaming isn’t always clear, especially when it comes from the government, added Bergsieker.

“How it will affect people depends largely on the level of trust in government,” she said.