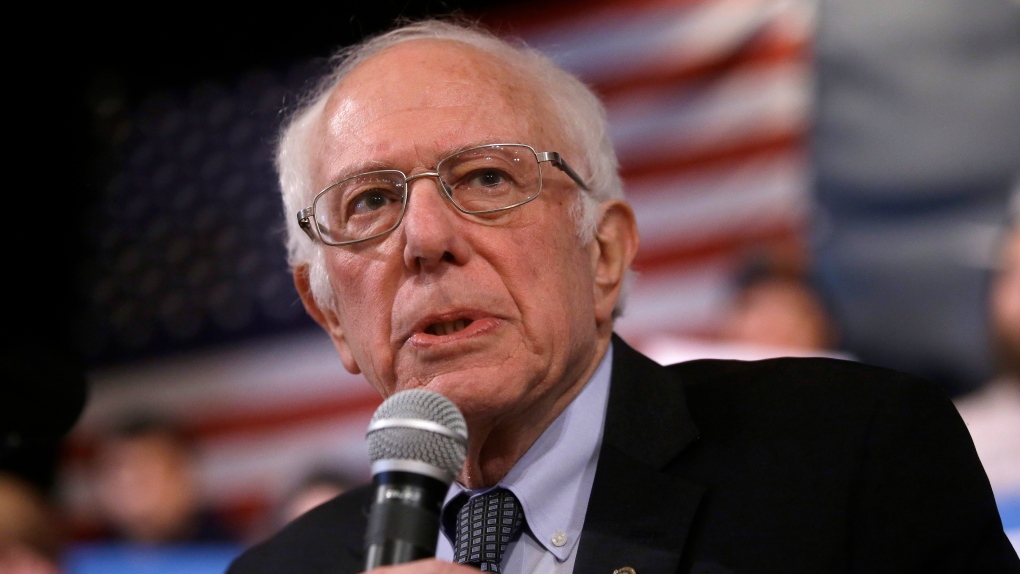 The Vermont senator issued a statement immediately after The Washington Post reported U.S. officials have told Sanders that Russia was trying to help his campaign. The statement did not confirm the report.

Sanders wrote: "I don't care, frankly, who Putin wants to be president. My message to Putin is clear: Stay out of American elections, and as president I will make sure that you do."

Sanders response was a sharp contrast from that of President Donald Trump, who has pushed back at the assessment of U.S. intelligence agencies that Russia has interfered in elections on his behalf.

Federal investigators in 2018 charged 13 Russians in a covert social media campaign that prosecutors said was aimed at dividing public opinion on hot-button social issues as well as propping up Sanders and Republican candidate Trump while also denigrating Hillary Clinton, the eventual Democratic nominee.

Organizers of that Russian effort circulated an outline of themes for future social media content, with instructions to "use any opportunity to criticize Hillary and the rest (except Sanders and Trump--we support them)," according to the indictment.

Shortly before news of the Russians' interference in Sanders' campaign was released on Friday, Trump told supporters in Las Vegas that he heard Democrats were trying to "start a rumour ... that Putin wants to make sure I get elected."

"Listen to this, so doesn't he want to see who the Democrat is going to be? Wouldn't he rather have, let's say Bernie?" Trump asked. Sanders and his wife, Jane, in 1988 spent their honeymoon in the Soviet Union, Trump noted.

In a statement issued by the Sanders' campaign, the leading Democratic presidential contender condemned Trump's approach to continued reports of foreign interference in U.S. elections.

"Unlike Donald Trump, I do not consider Vladimir Putin a good friend. He is an autocratic thug who is attempting to destroy democracy and crush dissent in Russia," Sanders said. "Let's be clear, the Russians want to undermine American democracy by dividing us up and, unlike the current president, I stand firmly against their efforts, and any other foreign power that wants to interfere in our election."