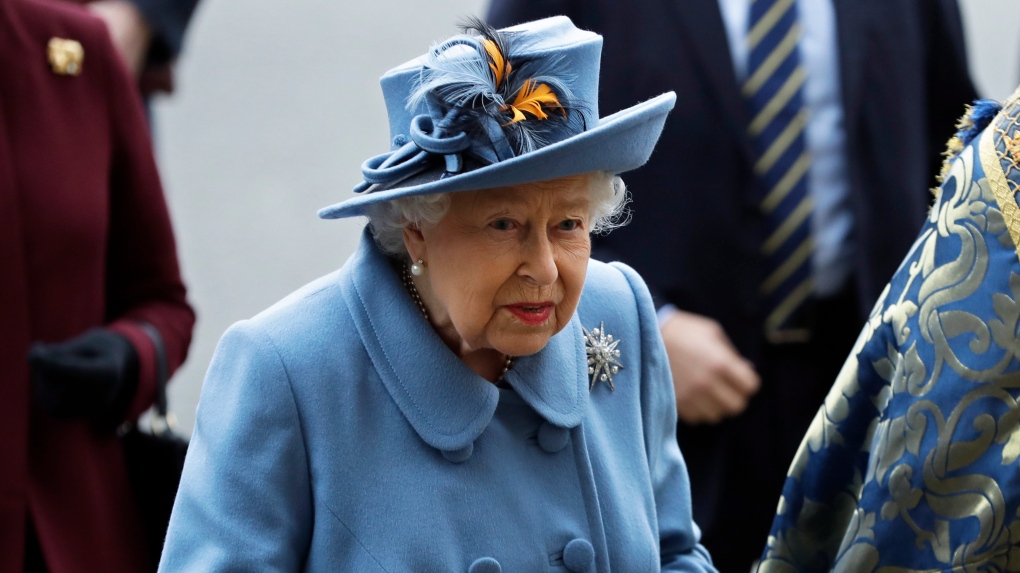 TORONTO -- In her recent statement on the pandemic, the Queen said: “Now more than any time in our recent past, we all have a vitally important part to play as individuals - today and in the coming days, weeks and months. Many of us will need to find new ways of staying in touch with each other and making sure that loved ones are safe. I am certain we are up to that challenge. You can be assured that my family and I stand ready to play our part."

Throughout a long reign, the Queen has on many occasions acted as a balm in times of disaster and despair.  Raised during a time of world war, the Queen knows only too well the inspiring role that example and sharing hardship played in resilience and preserving morale from the example of her parents. But the tried and tested ways that the Royal Family have connected with people will be tested in the present crisis in ways that have no precedent.

In times of crisis and national grief, the Queen and members of the Royal Family provide a sense of leadership, hope, calm and resolve.  The Queen is seen as the “mother of the nation” and rises above political disagreements, including questions of the effectiveness of government response to disaster. Her focus is consoling and putting a human face on collective sympathy for those facing hardship.

The pandemic creates a real challenge for the Royals – how best to channel the need and desire for the Queen and her Family to support the response by government, civil society and people all over the world?  With the need for social and physical distancing and avoidance of crowds, it is difficult to take the usual approach of visiting those affected, supporting community groups and supporting resilience.  And we don’t yet know how this story will evolve.

We are now seeing unheard of use of social media to show the Queen undertaking her duties in isolation while members of her family have exchanged visits for telephone calls, video conferences and Instagram photos.  Prominent members of the Royal Family joined in the #clapforourcarers by recording videos directly to join in this effort.  We will likely see new and creative ways that could not have been imagined only weeks ago to try to replace the physical presence of the Royal Family in the lives of the people – especially as this crisis is affecting people throughout the Commonwealth so massively in real time.

But what the Queen and her family do and say is critical.  While they play a role in government, they are not issuing instructions and orders.  As they are not public health professionals, they must stand back and let the experts provide advice.  They can only provide moral leadership and set a strong example of social isolation and support to those who are on the front line or who are anxious.

As head of 16 states, the Queen must also be concerned with the continuity of government, the facilitation of emergency actions through the proper use of her constitutional and legal powers as well as her own health and that of her immediate heirs.  This is particularly challenging as the Queen is 93 and her direct heir is 71.  Any major setback for those in direct line would be a huge blow to morale and cause enormous disruption.  Based on long-standing contingency plans, this is no doubt behind the thinking that the Queen and her husband are self-isolating at Windsor while Prince Charles and Camilla have decamped to Scotland while Prince William and his family are in the east of England at Sandringham.  Many senior members of the Royal Family are near or well over 70, and most working members of the Family are over 50.  This situation reminds us of the absence of Prince Harry, who remains sixth in line to the Throne – but 3 of the heirs ahead of him are children.

As the crisis grows ever more serious each day, many are looking to hear the Queen’s voice directly and hear her familiar words of support and calm.  Several other European monarchs have done so as the sense of urgency has accelerated.  In addition to her usual Christmas messages, The Queen has made limited television addresses in her time, just three of any consequence:  following the end of the Gulf War (1991), following the death of Diana, Princess of Wales (1997)  and the Queen Mother (2002).  There seems little doubt that she will speak during this crisis, but she will seek the best time to intervene, and with the advice of the Government.

Just as with her father’s speech in 1939 immortalized in the film “The King’s Speech” any words from the Queen will be closely observed given the sense of crisis reminds many of wartime.  The stakes will be high as there may be only one chance to get this right and for her to speak at the right time.

In a long reign where the Queen has seen a lot, this may yet be her most difficult challenge.