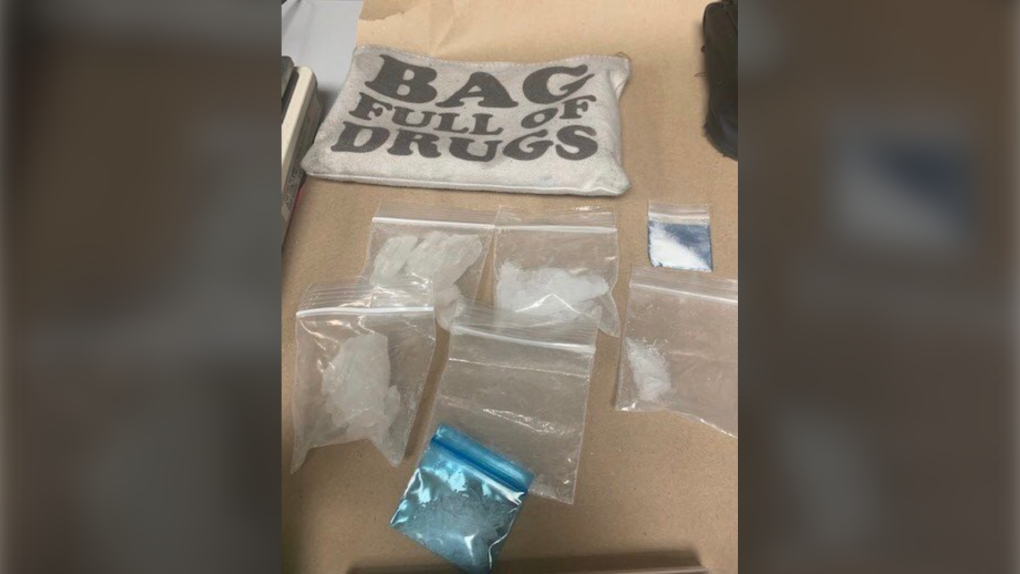 In a tweet on Sunday, a spokesperson for the Florida Highway Patrol said troopers conducted a traffic stop for unlawful speed on Interstate 10 in northern Florida and arrested two alleged drug traffickers after they found their “not so inconspicuous drug paraphernalia.”

The tweet was accompanied by a photo of a small canvas tote labelled “Bag Full of Drugs” and seven plastic baggies of what appear to be narcotics.

The spokesperson said troopers seized meth, cocaine, MDMA, fentanyl, and GHB, which is also known as the “date rape” drug.

The Santa Rosa County Sheriff’s Office, which assisted in the arrest, offered a word of advice on Facebook to other would-be drug traffickers.

“Note to self – do not traffic your illegal narcotics in bags labeled ‘Bag Full of Drugs.’ Our K-9s can read.”

A traffic stop for unlawful speed on I-10 yesterday bagged two drug traffickers and their not so inconspicuous drug paraphernalia. Troopers seized meth, GHB, cocaine MDMA and fentanyl. Thanks to the Santa Rosa County Sheriff’s Office for the assist. @FLHSMV pic.twitter.com/Fu3ASymrtL