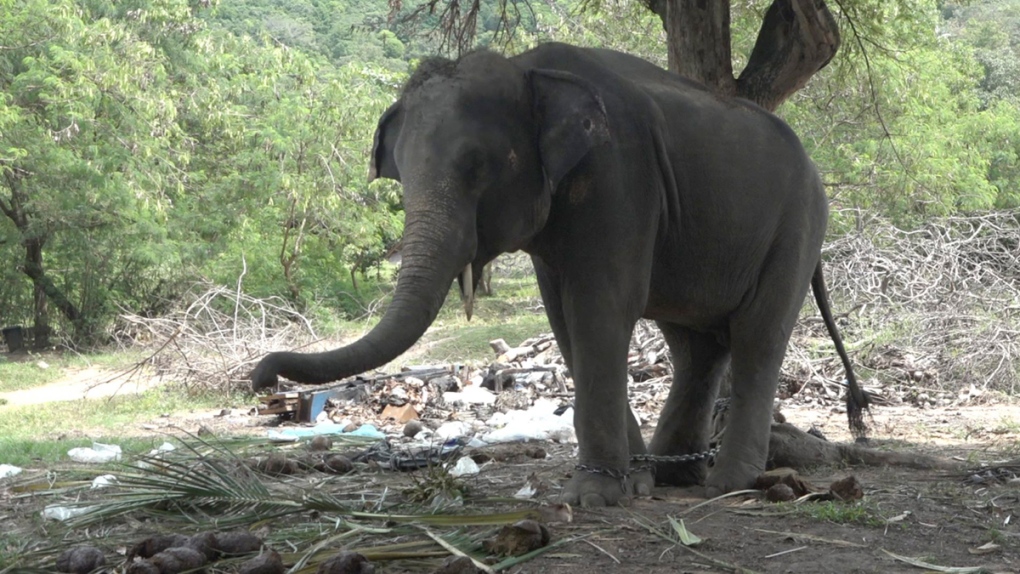 An elephant named Rambo but also called 'Golf' is chained to a tree on the resort island of Samui, Surat Thani Province, Thailand, on Feb. 2, 2016. (AP)

Photos believed to be taken in Phuket show the gentle giants with blood pouring down their heads, believed to be the result of repeated cuts from a metal bull hook, have been shared online.

Another picture showed a series of scars on the top of the elephants head from old wounds.

“You can stop inhumanity tortured on elephants by stop riding an elephant,” wrote Twitter user Faizal Ghazali who shared the pictures in April.

The tweet has gone viral again, having been retweeted more than 18,600 times and liked more than 7,400 times. Dozens of Twitter users condemned the abuse in the comments.

The Thai government has distanced itself from the popular tourist activity.

“We never support tourists riding the elephants,” a spokesperson from the Tourism Authority of Thailand told Yahoo News Australia.

“Please don’t ride the elephants and don’t support this business.”

According to World Animal Protection there are more than 3,000 captive elephants in tourist attractions across Asia and most of them are forced to live in cruel and unacceptable conditions.

Of the 220 elephant tourist attractions it investigated, 96 per cent offer saddled rides or shows.

A report by the WAP includes a list of venues that don't offer cruel elephant attractions.

“Elephants are wildlife; not entertainers,” the charity said.

You can stop inhumanity tortured on elephants by stop riding an elephant! pic.twitter.com/oYtPd0wXzI