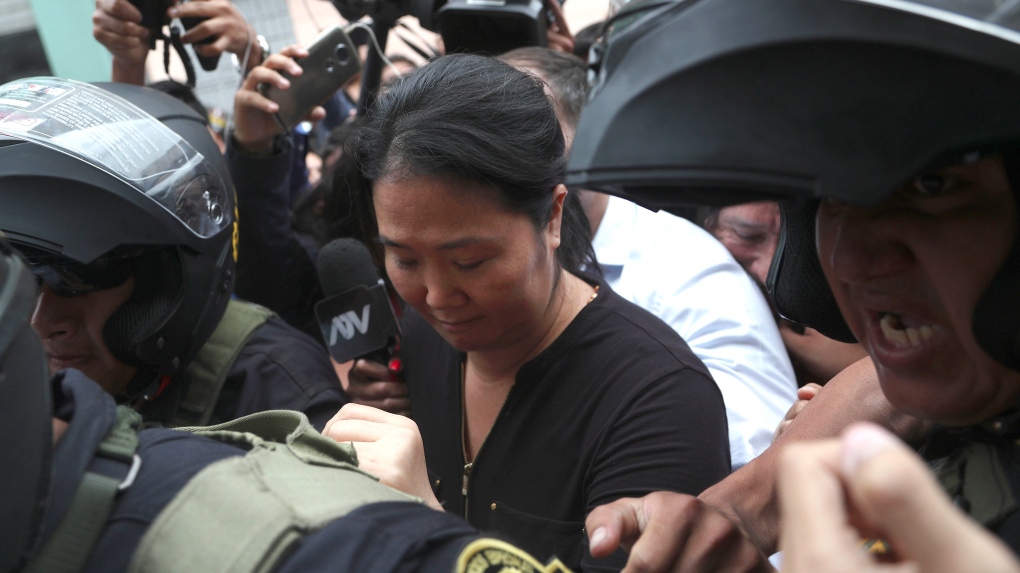 LIMA, PERU -- Opposition leader Keiko Fujimori can be held 15 months in prison while she is investigated for possible money laundering, a Peruvian judge ruled Tuesday, shortly after official vote returns showed her party was trounced in weekend congressional elections.

Judge Victor Zuniga said Fujimori, 44, must return to detention while prosecutors investigate her alleged participation in a money laundering scheme tied to Odebrecht, the Brazilian construction giant that has confessed to paying out almost $1 billion in bribes to South American governments.

Prosecutors allege Fujimori illegally received more than $1 million from Odebrecht for one of her presidential campaigns and hid it through a complex network of front men.

Fujimori insists she is innocent.

She already spent a year in prison under detention, but had been released in November by Peru's constitutional court, which said she had lost the capability to interfere in the investigation.

Fujimori's Popular Force party was the dominant bloc in the previous congress, but fared badly in Sunday's elections, falling from 72 seats to just 12 in the 130-member legislature. The vote followed President Martin Vizcarra's decision to disband the body last year and call new elections as he sought to strengthen his campaign to root out endemic corruption.

Analysts said the Popular Force's fall was a major setback for the Fujimori political dynasty.

Her father, Alberto Fujimori, is a former Peruvian president who was sentenced to 25 years in prison for committing human rights abuses.