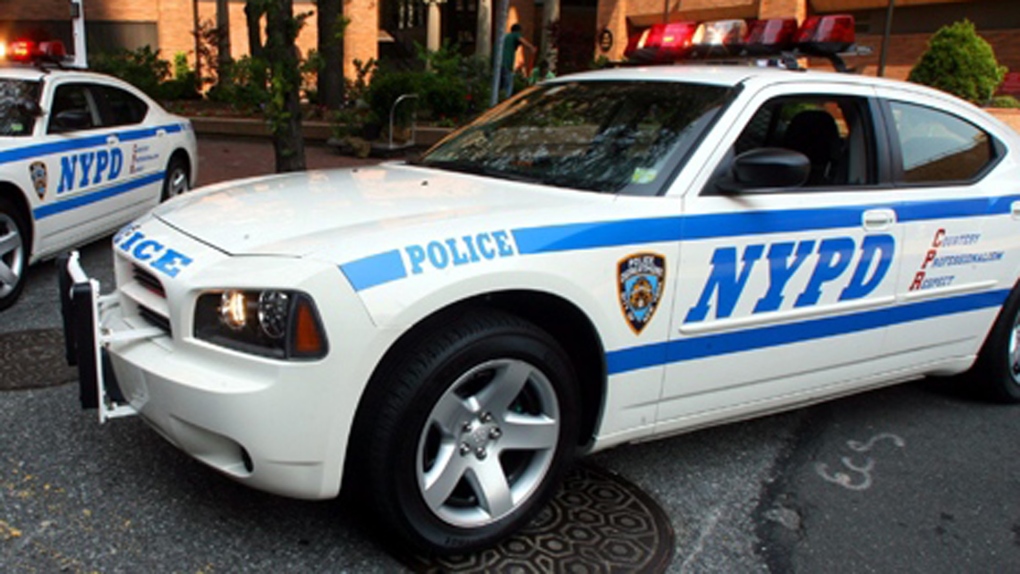 CENTER MORICHES, N.Y. -- A New York Police Department officer and his fiancee left the officer's 8-year-old son in a garage overnight in freezing temperatures and then did nothing to help him as he died of hypothermia, prosecutors said Friday.

"They evinced no regard for this child's human life," Suffolk County District Attorney Timothy Sini said after the arraignment of Michael Valva, 40, and Angela Pollina, 42, who are both charged with second-degree murder in the death of 8-year-old Thomas Valva. "They caused his death both by forcing him to sleep in frigid temperatures in the garage and then by failing to do anything to help him as he died right in front of their eyes."

Authorities say the boy died last week after being left in a garage at the couple's home as temperatures dropped to under 20 degrees (minus 6 Celsius).

Assistant District Attorney Laura Newcombe said during the arraignment of Valva and Pollina late Friday that audio files recovered from the home recorded the couple discussing the fact that the child was suffering from hypothermia, had been washed with cold water, couldn't walk and was "face-planting" on the concrete on the morning he was killed.

According to Newsday, Newcombe said that a recording from Jan. 17, the morning of the Thomas Valva's death, began with another child asking: "Why can't Thomas walk?"

Newcombe said that Pollina answered "because he's hypothermic," adding, "When you're washed with cold water and it's freezing you get hypothermia."

Valva's voice then said, according to Newcombe: "He keeps face planting on the concrete."

Sini said he had listened to the audio himself. "I can't describe it in words," he said. "The depravity of these defendants is shocking."

Valva and Pollina both pleaded not guilty to second-degree murder with depraved indifference to human life and were ordered held without bail.

Their attorney, Matthew Tuohy, said, "They are both maintaining their innocence 100%."

Valva has two other sons, ages 6 and 10, while Pollina has twin 11-year-old daughters and a 6-year-old daughter. Sini said the 10-year-old and 8-year-old boys were both on the autism spectrum and were "at times forced to sleep in the garage."

Thomas was pronounced dead at a hospital after police responded to a report that he had fallen in the driveway of a home in Center Moriches, a community in Long Island. The medical examiner ruled the boy's death a homicide and found that hypothermia was a major contributing factor.

The child's mother, Justyna Zubko-Valva, told Newsday that the second-grader was a "loving, happy boy, always looking for adventure, loving playing outside."

He "had such an amazing good heart," she said. "Everybody who knew him, they instantly fell in love with him. He was just a joy of everybody's life."

Valva, who joined the NYPD in 2005 and is assigned to transit, has been suspended without pay, the department said.