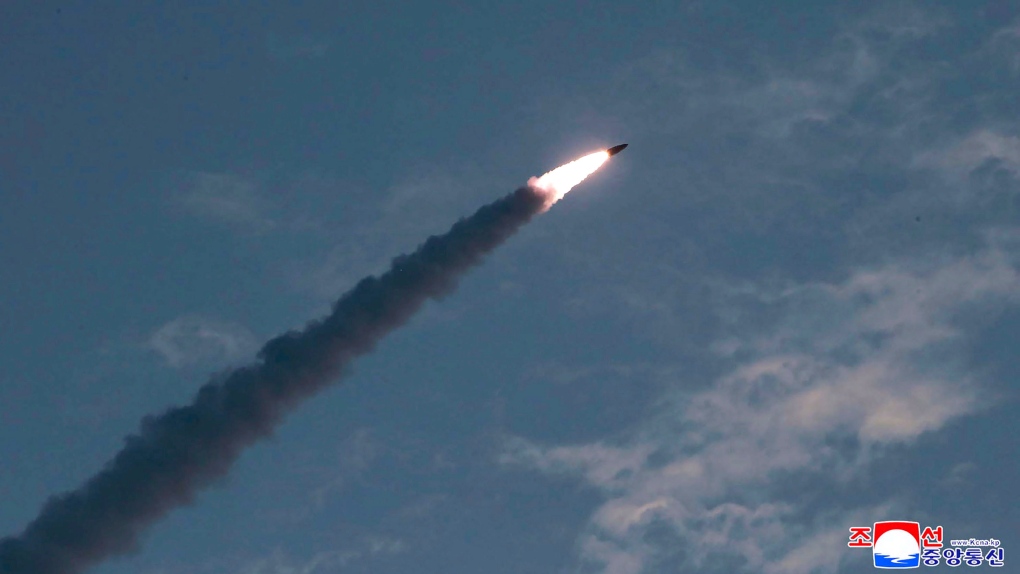 SEOUL, KOREA, REPUBLIC OF -- North Korea on Sunday fired two suspected ballistic missiles into the sea, South Korea said, calling it "very inappropriate" at a time when the world is battling the coronavirus pandemic.

South Korea's Joint Chiefs of Staff said it detected the projectiles flying from the North Korean eastern coastal city of Wonsan into the waters between the Korean Peninsula and Japan on Sunday morning.

South Korean and U.S. intelligence authorities were analyzing more details of the launches.

The military described them as "very inappropriate" because they occurred while the world is grappling with the coronavirus outbreak. It urged North Korea to stop such military action.

In recent weeks, North Korea has fired a slew of missiles and artillery shells in an apparent effort to upgrade its military capability amid deadlocked nuclear talks with the United States. The talks remain stalled since the breakdown of a second summit between North Korean leader Kim Jong Un and President Donald Trump in Vietnam in early 2019.

The weapons launched recently were all short range and didn't pose a direct threat to the U.S. homeland. North Korea hasn't carried out nuclear or long-range missile tests since it began nuclear diplomacy with the United States in 2018. A resumption of a major weapons test by North Korea could completely disrupt the negotiations, some experts say.

North Korea also has been engaged in an intense campaign to prevent the spread of the coronavirus that has infected more than 660,000 worldwide.

North Korea has repeatedly said there hasn't been a single virus outbreak on its soil, a claim questioned by foreign experts. Many experts say an outbreak in North Korea could be dire because of its chronic lack of medical supplies and poor health care infrastructure.

A week ago, North Korea said Trump sent a personal letter to Kim, seeking to maintain good relations and offering co-operation in fighting the outbreak. A North Korean state media dispatch didn't say whether Trump mentioned any of the latest weapons tests by the North.