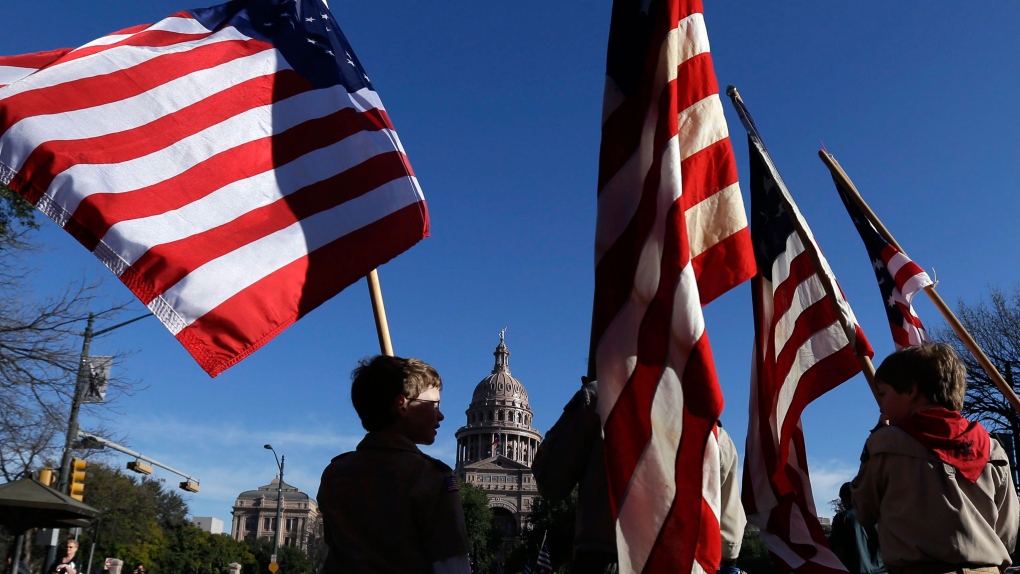 Boy Scouts carry U.S. flags up Congress Avenue towards the Texas Capitol during the annual Boy Scouts Parade and Report to State in in Austin, Texas on Saturday, Feb. 2, 2013. (AP / Eric Gay)

ALBANY, N.Y. -- Former Boy Scouts who say they were molested as children by adult scout leaders filed nine lawsuits Tuesday in New York accusing the organization of failing to protect them

The suits, filed Tuesday in New York City and on Long Island, are among the latest of more than nearly 500 cases filed since last week, when a one-year window opened for civil lawsuits that had been barred under the state's old statute of limitations.

One of the new suits against the Boy Scouts also seeks the release of internal Boy Scout records on abuse.

"We don't know who those offenders are. We don't know where they're living," said attorney Jeff Anderson, whose firm is one of two involved in the cases. "Until the Child Victims Act passed here in New York there was no hope that action could be taken."

The Scouts did not immediately comment on the new suits, but in a statement earlier this month said the organization is outraged by the allegations of abuse and apologizes to anyone who was harmed.

"We believe victims, we support them, we pay for counselling by a provider of their choice, and we encourage them to come forward," the Boy Scouts of America said in a statement.

The Child Victim Act is a new state law passed earlier this year which extended the state's statute of limitations for criminal charges or civil lawsuits regarding child sexual abuse. The law also created the one-year litigation window, which lawmakers said was needed because before the change this year New York had one of the nation's tightest statutes of limitations.

More than 400 cases were filed last week on the first day of the litigation window. Many more are expected.