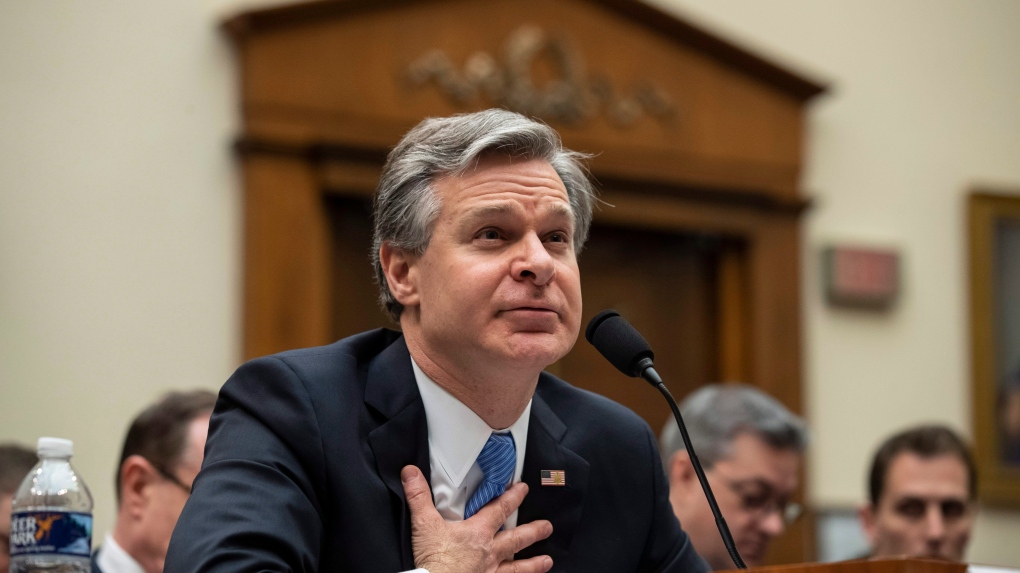 WASHINGTON -- The chief judge of a secretive national security court demanded Friday that the FBI provide him with details about some of its investigations after the Justice Department inspector general identified problems with more than two dozen wiretap applications.

The order from Judge James Boasberg signals growing concerns from the court that authorizes FBI surveillance about whether the bureau is providing inaccurate information when it applies to eavesdrop on suspected spies and terrorists. Those problems were highlighted in an earlier inspector general report about the FBI's Russia investigation, then amplified by a new audit this week that suggested far more pervasive problems in the bureau's use of its surveillance powers.

The scrutiny from the court, which relies on truthful information from the Justice Department in issuing warrants, could prompt additional changes in how the FBI conducts surveillance and also fuel concerns from lawmakers who last month permitted certain tools to at least temporarily expire.

The latest review found problems in 29 surveillance applications, from October 2014 to September 2019, that Inspector General Michael Horowitz's office reviewed. Those problems included factual statements in applications that were not corroborated by any supporting documentation.

“The OIG Memorandum provides further reason for systemic concern,” Boasberg wrote in his order. “It thereby reinforce s the need for the Court to monitor the ongoing efforts of the FBI and DOJ to ensure that, going forward, FBI applications present accurate and complete facts.”

He said that when problems are identified in particular cases, the court “must evaluate what remedial measures may be necessary.”

The FBI responded with a statement Friday that said it would continue working with the Foreign Intelligence Surveillance Court to ensure that its powers are used correctly.

It also noted that the applications the inspector general reviewed were filed before FBI Director Chris Wray announced dozens of corrective steps after the conclusion of the Russia investigation report.

“Maintaining the trust and confidence of the Court is paramount to the FBI and we are continuing to implement the 40-plus corrective actions ordered by Director Wray in December 2019,” the statement said.

“Although the applications reviewed by the IG in this audit predate the announcement of these corrective actions, the FBI understands the Court's desire to obtain information related to the applications,” it added.

The inspector general last year found that the FBI made serious errors and omissions in surveillance applications targeting former Trump campaign adviser Carter Page in the early months of the investigation into ties between the Trump campaign and Russia.

Though President Donald Trump has said those problems reveal law enforcement bias against him, additional revelations from the inspector general suggest the problems are more systemic and not isolated to a single investigation.