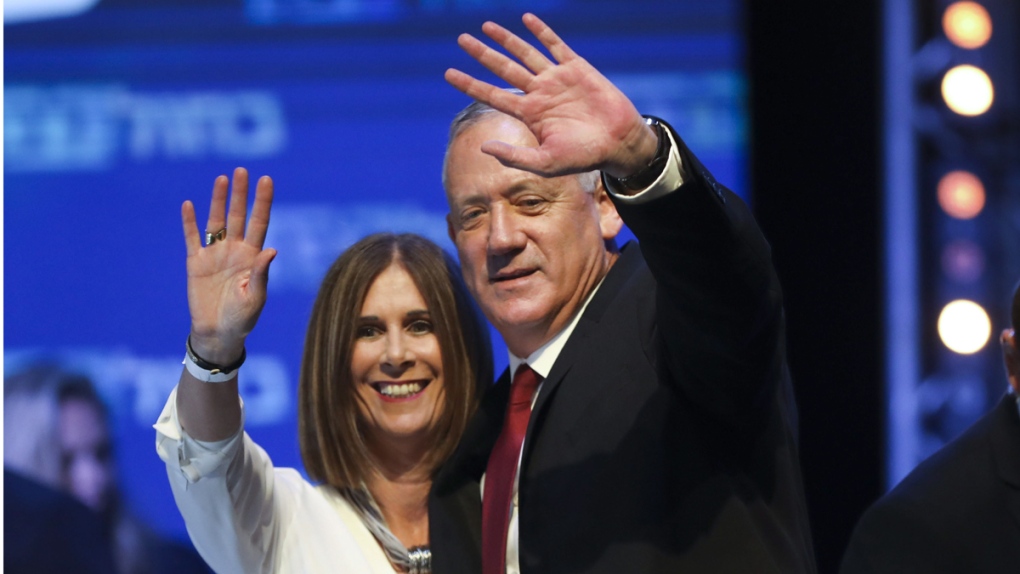 With near-final results from Israel's election on Tuesday, he has been left well short of the parliamentary majority he had sought -- not only to continue in power but also to fend off a looming corruption indictment.

With over 90% of the votes counted late Wednesday, challenger Benny Gantz's centrist Blue and White party captured 33 seats in the 120-seat parliament, to 32 seats for Netanyahu's conservative Likud.

That leaves neither party poised to control a majority coalition with their smaller allies, leaving maverick politician Avigdor Lieberman, head of the Yisrael Beitenu party, as the key power broker. Lieberman has called for a broad unity government with the two major parties.

"Judging by the present situation assessment, Netanyahu is no longer capable of winning an election in Israel. This story is over," said Yossi Verter, political commentator for the Haaretz daily.

Such forecasts might be seen by some as premature. But it appears that Netanyahu's political instincts, once deemed impeccable, led to some questionable decisions that came back to hurt him in the latest campaign.

Netanyahu, who turns 70 next month, has traditionally relied on a stable majority of ultra-Orthodox Jewish religious and hard-line nationalist parties. That alliance fell apart following elections in April when Lieberman, a longtime ally turned rival, refused to join a new coalition with religious partners.

Lieberman, a hawk like Netanyahu on security issues but also fiercely secular, said ultra-Orthodox parties had gained too much influence. Just short of a parliamentary majority, Netanyahu was forced to take the unprecedented step of holding a second election in a year.

Looming over the campaign were Netanyahu's legal woes. Israel's attorney general has recommended indicting him on bribery, fraud and breach of trust charges in a series of corruption scandals, pending a hearing scheduled in early October.

Netanyahu had hoped to capture a narrow coalition of hard-line parties that would grant him immunity from prosecution.

He embarked on a campaign of stunts and promises aimed at shoring up his base. Borrowing tactics from the political playbook of his friend, President Donald Trump, he lashed out at the media, police, judiciary and election commission, alleging a vast conspiracy against him. He vowed to annex Jewish settlements in the West Bank and threatened to unleash a war on Gaza militants.

He saved special vitriol for Israel's Arab minority, implying that they were a hostile fifth column out to destroy the nation. He tried, and failed, to pass legislation that would install monitoring cameras in voting booths as he made unfounded claims of fraud in Arab districts. An automated post on his Facebook page claimed Arabs "want to annihilate us all."

The strategy appeared to backfire on many counts. The latest election returns showed a drop of support for Netanyahu's Likud party compared to April's vote. The results indicated that former Likud voters had migrated to other Jewish parties, including to Lieberman's Yisrael Beitenu, which nearly doubled its representation.

"He took the polarization one step too far, and I think he's going to pay the price for it," said Aron Shaviv, a campaign strategist who managed Netanyahu's re-election campaign in 2015.

Netanyahu's attacks on Arabs were credited with driving a surge in turnout in Arab towns. The Joint List, an alliance of Arab factions, gained at least two seats and is now poised to be a major player in the next parliament, according to the near-final results.

"Incitement has a price," said Ayman Odeh, leader of the list.

Yohanan Plesner, president of the Israel Democracy Institute, a Jerusalem think-tank , said the attacks on the country's democratic institutions were too much for many Israelis.

"It created a sense of urgency that these professional institutions of state are being undermined," he said.

Public fatigue with his leadership may have added to his woes.

Many Israelis have grown weary of Netanyahu's wife, Sara, and their oldest son, Yair, who have gained a reputation of behaving more like a royal family than public servants. They have been embroiled in repeated scandals in which they allegedly mistreated employees, misused state funds or misbehaved in public.

At a news conference Wednesday, Netanyahu continued his attacks on Arab politicians and vowed to lead the country. "There are only two options: either a government led by me, or a dangerous government that leans on the Arab parties," he said.

He said he had appointed a close Likud ally, Cabinet Minister Yariv Levin, to co-ordinate efforts with right-wing and religious partners.

Likud lawmakers remained firmly behind their leader, but his leverage is limited. Without Lieberman, who refuses to sit in a government with religious parties, Netanyahu's allies cannot muster a majority.

The Blue and White party headed by Gantz, a former military chief of staff, has ruled out a partnership with Likud if Netanyahu stays at the helm. And even if he manages to stay in office, he would not have immunity if charges are filed against him. If that happens, as is widely expected, he could be forced to step aside.

In a reflection of his predicament, officials in Netanyahu's office announced that he had called off a planned visit to New York, where he was scheduled to address the U.N. General Assembly and meet with Trump. The officials spoke on condition of anonymity pending an official announcement.

A lukewarm statement by Trump provided little support for the embattled leader. "Our relationship is with Israel," he said in California. "We'll see what happens."

Ben Caspit, a columnist for the Maariv daily, said Netanyahu's chances of returning as prime minister are low.

"He has nothing that he can leverage. He has no one to exert pressure on. There are simply no more rabbits left in his hat," he said. "He'll blame the entire world, but he has only himself (and his wife) to blame. This phenomenally talented man became addicted to power and rotted from the inside out."