Hong Kong leader has to keep 'piles of cash' at home due to U.S. sanctions 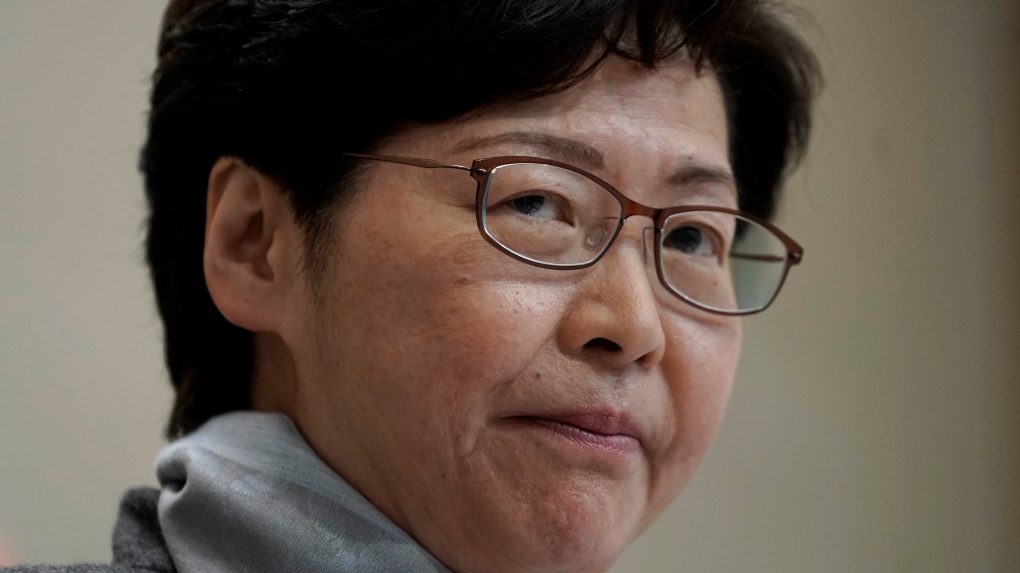 In this Feb. 11, 2020, file photo, Hong Kong Chief Executive Carrie Lam speaks during a press conference in Hong Kong. Hong Kong's government is working to push through a contentious bill that seeks to criminalize abuse of the Chinese national anthem, days after a pro-Beijing lawmaker wrested control over a key committee that vets bills. (AP Photo/Kin Cheung, File)

HONG KONG, CHINA -- Hong Kong leader Carrie Lam said she has "piles of cash" at home as she has no bank account after the United States slapped sanctions on her in response to a draconian security law China imposed on the city.

Lam was targeted, along with 14 other senior city officials, in the toughest US action on Hong Kong since Beijing imposed the new law on the territory in late June.

The move by Washington freezes the American assets of the 15 officials and criminalises any financial transactions in the United States.

In an interview with local English TV channel HKIBC aired on Friday night, Lam said she was "using cash every day for all the things" after being sanctioned.

"Sitting in front of you is a chief executive of the Hong Kong SAR (Special Administrative Region) who has no banking service made available to her," Lam told HKIBC.

"I have piles of cash at home, the government is paying me cash for my salary," she added.

Lam added that it was "very honourable" to be "unjustifiably sanctioned" by the US government and does not want to deter anyone from serving in public office.

Her remarks sparked a public backlash, with social media users posting photos of coins in their piggy banks at home to contrast with Lam's wealth.

Others questioned how her large salary would be transported to her residence in cash.

Lam had told media in August that she faced "a little bit of inconvenience" from the sanctions which hampered her use of credit cards.