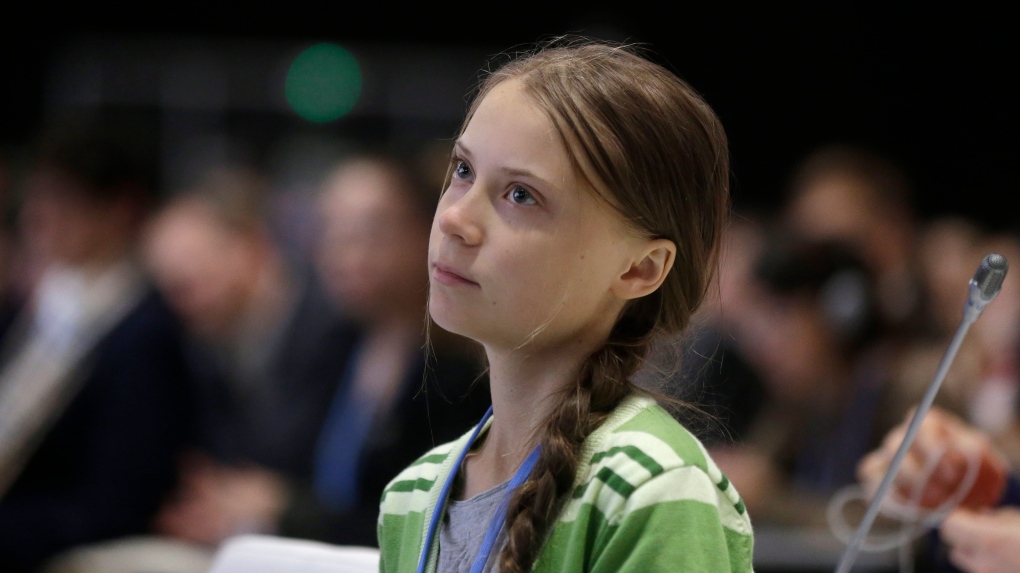 MADRID -- Teenage climate activist Greta Thunberg has apologized for saying politicians should be put "against the wall" after critics took it to mean that she was advocating violence.

The 16-year-old Swede made the comment in a speech to young activists in the Italian city of Turin on Friday.

Thunberg later said she was making a literal translation from Swedish, in which the expression means to put someone on the spot with tough questions.

"That's what happens when you improvise speeches in a second language. But of course I apologise if anyone misunderstood this," Thunberg wrote on Twitter on Saturday.

Thunberg told the crowd in Turin that world leaders were running away from their responsibilities to fight climate change.

"We have to make sure that they cannot do that," she said. "We will make sure they, that we put them against the wall, and that they will have to do their job and to protect our futures."

The expression "putting someone against the wall" in Swedish describes a situation when someone is forced to address difficult questions or a difficult situation.

But some right-wing voices on social media interpreted her comment as a call for violence against politicians.

Thunberg tweeted that she and the youth movement she inspired is against all forms of violence.

"It goes without saying but I say it anyway," she wrote.

Yesterday I said we must hold our leaders accountable and unfortunately said “put them against the wall”. That’s Swenglish: “att ställa någon mot väggen” (to put someone against the wall) means to hold someone accountable.
That’s what happens when you... (1/2)